On a sunny November morning at the corner of Clark and Addison Streets in Chicago, the famous Wrigley Field marquee -- which has been red since the mid-1960s -- was repainted purple in honor of the Northwestern Wildcats, who will host the University of Illinois in the Allstate Wrigleyville Classic this Saturday, the first football game to be played at Wrigley since the Bears left in 1970 and the first college football game there since 1938 -- when DePaul still had a football team, they played St. Louis University there in November 1938. St. Louis University doesn't play football any more, either.

Cubs board member Laura Ricketts, Allstate Midwest Region VP Alice Byrne, Northwestern Athletic Director Jim Phillips and the senior VP, global consumer division of Valspar, Howard Heckes (Valspar provided the paint) put ceremonial daubs of paint on the sign, then left the rest of the job to the professionals. Below, Laura Ricketts applies paint; after the jump, the rest of the job. 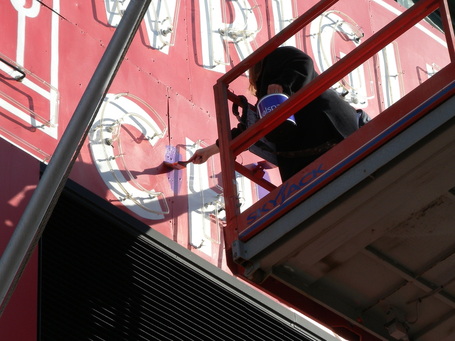 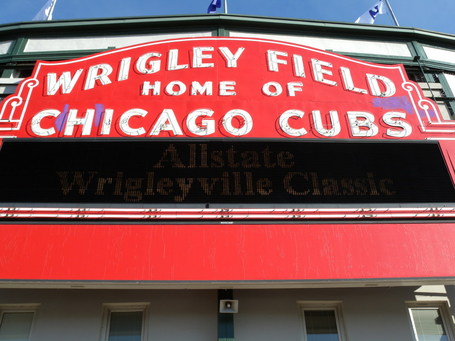 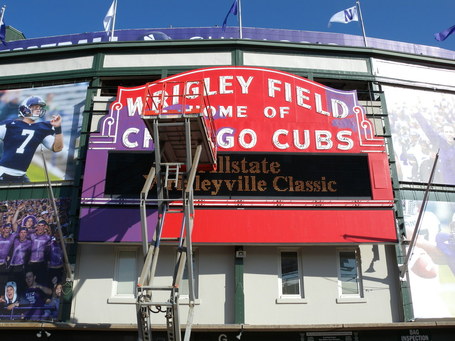 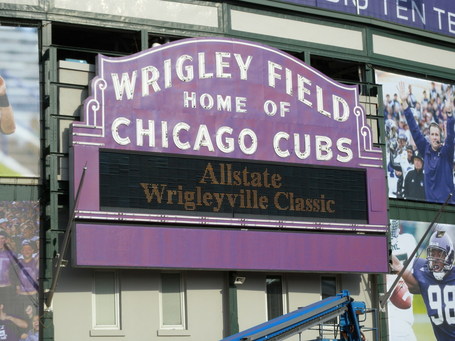 Click on photos to open larger versions in new browser windows. All photos by Al Yellon