The Notre Dame Fighting Irish are 4-0, and the fast start in 2012 is largely due to great play by a defensive unit led by Heisman-hopeful and star linebacker Manti Te'o, who will be featured on the cover of the Oct. 1 issue of Sports Illustrated. The Notre Dame defense has covered up for a underwhelming offense by allowing opponents to score just 9.0 points per game, which qualifies the unit as the fourth-best defense in the FBS.

Te'o, a 6'2 senior from Hawaii, is the undisputed leader of the defense. In his most recent game against the Michigan Wolverines, he had two interceptions and eight tackles. For the season, he has collected three interceptions and been a part of 36 tackles -- 15 solo. 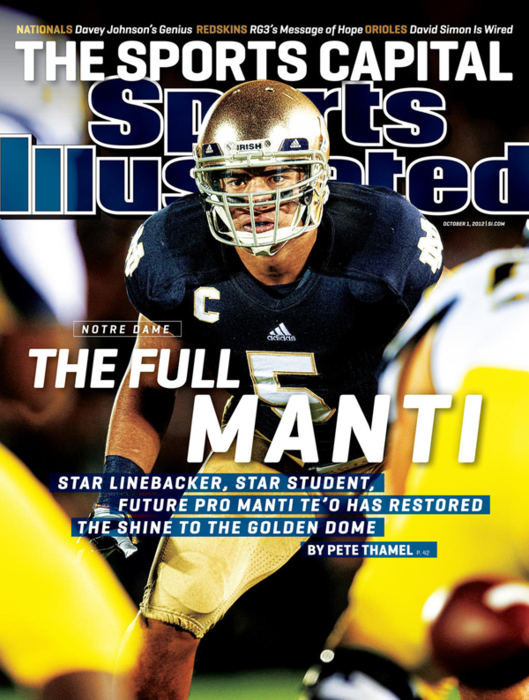 Te'o recently suffered through personal tragedies, as he lost his girlfriend and grandmother over a very short time span, but the Heisman candidate has continued to play through his off-the-field pain while he has excelled on the field.