The 2012 NBA Draft Combine presented former Illinois Fighting Illini center Meyers Leonard with a golden opportunity to outshine fellow center prospect Tyler Zeller and catapult himself firmly into the draft lottery. By all accounts, Leonard accomplished that mission in Chicago. ESPN's Chad Ford called the Illini big man a "big riser" moving "closer to 9-14" in the draft over the weekend, and on Monday he followed up that report by adding: "virtually every exec in the NBA was predicting that he...had moved ahead of Tyler Zeller on their big boards."

Ford is well-connected and he spends plenty of time trying to get information from NBA executives, and everything he has mentioned is positive news for Leonard. The 20-year-old center is two years younger than Zeller, he measured out much better at the combine, gave excellent interviews, including one with the Milwaukee Bucks (who hold the No. 12 overall pick).

Even if some of the information is loaded with hyperbole or otherwise intended as a smokescreen to cover other prized prospects on the boards of lottery teams, every sign points to Leonard moving up draft boards. For a direct comparison of Leonard, Zeller and other lottery prospects, be sure to check out my full post at Hardwood Paroxysm -- Fun With 2012 NBA Draft Scouting Reports (A Mock Draft Supplement For Lottery Picks). 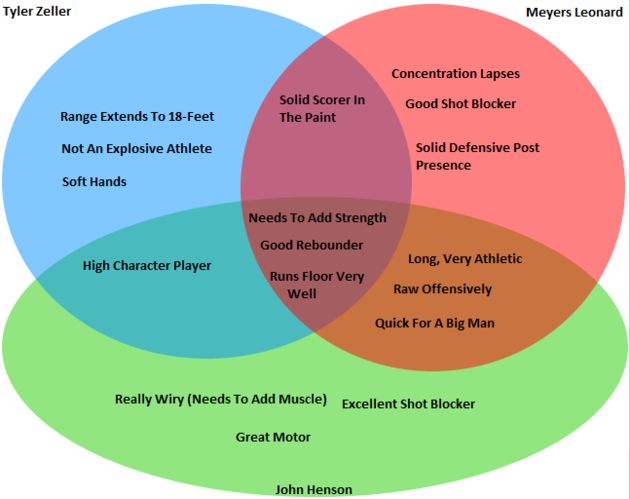