White Sox Vs. Rays Lineups: Hideki Matsui To Make His 2012 Debut Against Chicago

Share All sharing options for: White Sox Vs. Rays Lineups: Hideki Matsui To Make His 2012 Debut Against Chicago

The Chicago White Sox will have a storm of extra media at the Tampa Bay Rays game on Tuesday night, as veteran slugger and Japanese superstar LF Hideki Matsui makes his firsts appearance of the 2012 season.

Even hours before the first pitch, the media had begun stir: 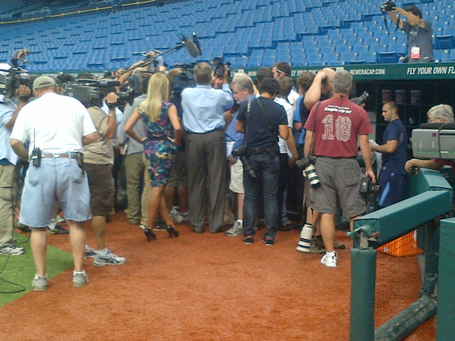 With Matsui taking left field, he begins what will be his attempt at a late-career resurgence. He did not hit well in his few Triple-A games, but there is reason to suspect the 38-year-old slugger still has a season or two left in him.

While the injury-plagued Rays send out their 45th lineup of the season, the White Sox will stick with their 28th as they send out the same order as Monday's opener: 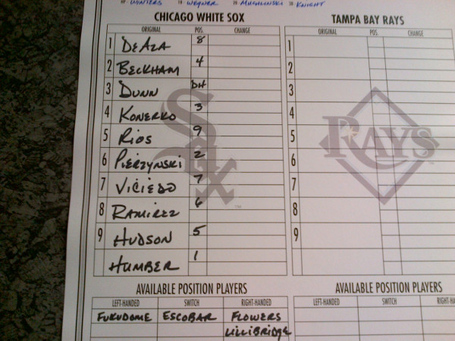 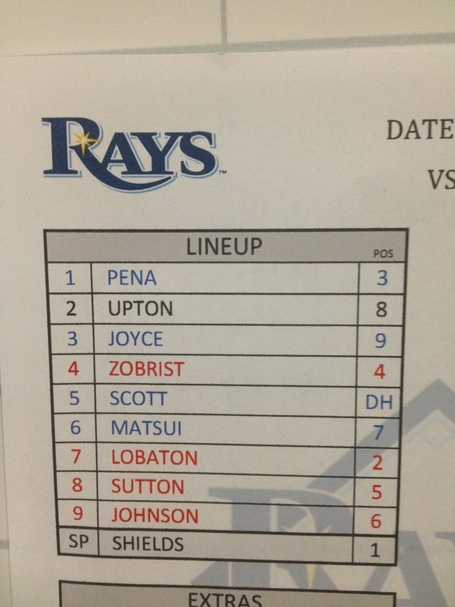 White Sox Plan To Be Buyers At Trade Deadline, According To Report