Hideki Matsui Returns To The MLB Against The White Sox

Share All sharing options for: Hideki Matsui Returns To The MLB Against The White Sox 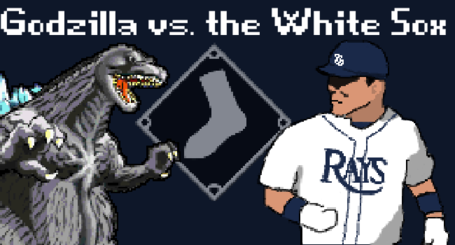 The Chicago White Sox and Tampa Bay Rays will have to navigate an extra abundance of media personnel on Tuesday night. According to the Rays' official Twitter account, the team has called up DH/OF Hideki Matsui from Triple-A Durham. The Rays manager Joe Maddon said he wants to speak with Matsui first before posting the team's lineup.

Matsui played in 12 minor league games before getting the call, and though he only hit .178/.208/.222, he did managed to make some solid contact on more than one occasion. Whether the Rays elect to play Matsui from the bench or as a proper starter somewhere remains to be seen.

The affectionately named "Godzilla" did not play well in the first half of 2011, but managed to ultimately cobble together 12 home runs and a .251/.321/.375 slash while playing in the pitcher-friendly O.co Coliseum. He signed a minor league contract with the Rays on April 30.

UPDATE: Indeed Maddon will give Matsui a baptism via flame, batting him No. 6 against the White Sox on Tuesday night.

White Sox Plan To Be Buyers At Trade Deadline, According To Report