After the Chicago Cubs traded SP Ryan Dempster to the Texas Rangers, the veteran hurler purchased a full-page advertisement in the Chicago Tribune to thank the fans of Chicago and the surrounding areas, saying the Windy City was "my kind of town."

Dempster, 35, was in the middle of his 9th season with the Chicago Cubs, where he resurrected his career first as a reliever, then as a workhorse starting rotation pitcher. So far in the 2012 season, Dempster has a 2.82 ERA and 3.62 FIP through 17 starts. In his first game with the Rangers, he lasted only 4 and 2/3 innings and allowed 8 ER on 2 HR, 3 BB and 6 K.

Here is a look at the ad, courtesy of Cubs beat writer Carrie Muskat: 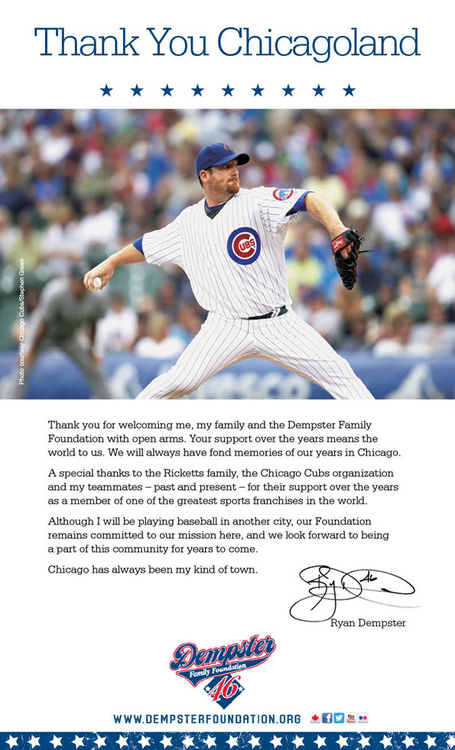