The Chicago Cubs know a thing or two about bad pitchers, bad pitchers with bad facial hair, and bad pitchers who look like they could be BFFs with Kenny Powers. My cousin Michael sold souvenirs outside Wrigley Field for years and made a fortune off making fake Matt Clement goatees. If you're one of the millions of Wrigley denizens who drunkenly blew $20 on that shit back in 2003, he thanks you for the easiest buck he ever made. The Cubs also had Rod Beck (R.I.P.), and the Internet is simply too small for all the jokes you could make about him. If his family isn't rolling in "Eastbound And Down" royalty money right now, they should be. Kenny Powers does not exist without Rod Beck. The man may be gone, but that fu manchu is eternal.

Monday was photo day at spring training for the Cubs, and much maligned reliever Jeff Samardzija decided it was time to take the plunge into Bad Cubs Facial Hair Lore forever. He's like a high school senior who thinks that wacky yearbook photo will still hold up eight years from now. Bless his heart.

Move over, Bartolo Colon. You might not have the best photo day picture anymore. 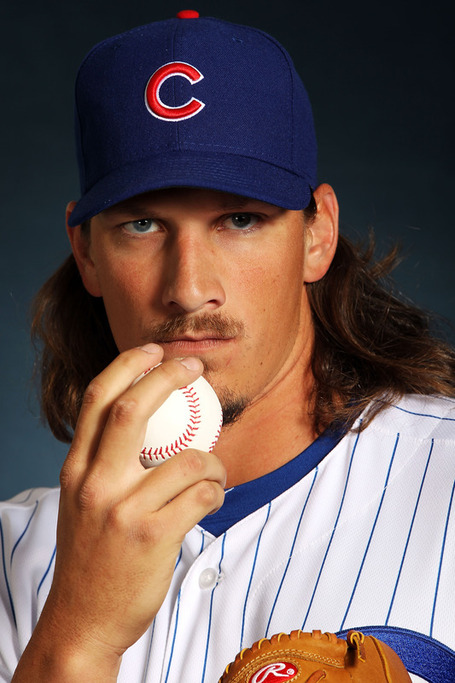 The Classical's David Roth had my favorite joke: "Mr. Indianapolis Bar & Grill Runner Up, 1987". That about sums it up.