Share All sharing options for: Mark Grace Arrested On Suspicion Of DUI; Childhood Me Nods Knowingly

Growing up, Mark Grace was easily my favorite baseball player. This was mostly due to our seats being down the first base line at Wrigley, which was good for a foul ball toss to me from him at least once a year. However, my admiration grew as I got older, witnessing Grace hit .300 or better year in and year out and learning more about his personal life.

As I found out Gracie was known for smoking during games, downing sixers after and sleeping his way through Wrigleyville, I knew I was in love. I thought his casual substance use and womanizing ways to be ridiculously cool. I was like 13-years-old. Therefore, when the news Grace had been arrested on suspicion of a DUI on Wednesday night broke, I was not exactly shocked.

This is his mug shot. How pleasant he seems. What isn't pleasant, if in fact true, is the DUI. 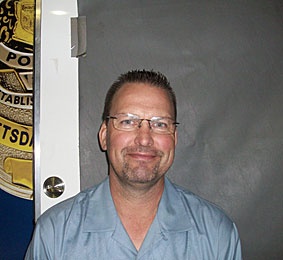 There really is no excuse for his action, and try as I might -- he is my favorite baseball player of all-time after all -- to dismiss it in some sort of Grantland Rice, above humanity sort of way, I just can't. I really want to, but that would be ignoring the glaring truth about people we place in the "hero" status tier (athlete or other) -- they are humans with human flaws. I can't rightly dismiss this DUI and the 16,000 deaths per year they are responsible for because I like Mark Grace. That would be irresponsible on 16,000 levels.

Heroes are for childhoods and, I guess, I should have left Mark Grace there years ago.