The Chicago Bulls hold the No. 29 selection in tonight's 2012 NBA Draft. SB Nation Chicago's Ricky O'Donnell breaks down the team's current salary cap issues and takes a look at a few players the Bulls might pick in the first round.

The Chicago Bulls enter tonight's 2012 NBA Draft under the most precarious of circumstances. This was a team with more wins than any other over the last two regular seasons, one that was robbed of a second chance to complete for a title when star point guard Derrick Rose tore his ACL in the team's first playoff game. We're guessing you may have heard about it. The same injury that destroyed last season will very likely destroy the next one, too. Rose will be out for at least half of the 2012-2013 campaign rehabbing his newly reconstructed left knee. It's not overstating anything to say the franchise's future hangs in the balance.

The team's second All-Star, small forward Luol Deng, will play in the 2012 Summer Olympics and then have surgery on the torn ligaments in his left wrist that he so admirably played through last season. The procedure should have him sidelined until January. The future of the self-proclaimed "Bench Mob", the second unit that contributed to so much of Chicago's success during the first two seasons of coach Tom Thibodeau's reign, is also in jeopardy. Backup center Omer Asik is a restricted free agent, and will likely draw an offer sheet paying him $5 million next season. The Bulls hold a $3.2 million team option on reserve point guard C.J. Watson. It would seem like a no-brainer if Chicago's current payroll wasn't already pushing up against the luxury tax, a fine the franchise has never once paid.

The luxury tax threshold is believed to be slated at $70.307 million next season. The 2012-2013 season will be the last one in which teams pay $1 for every dollar they go over the line. At the mothership, Mike Prada has a great break down of just how much stiffer the financial penalties become in 2013-2014.

The Bulls are slated to add one more player to the roster tonight with the No. 29 overall selection. This will be the team's eighth player under contract. Before tonight's draft gets underway, the Bulls have approximately $63 million committed to seven players. With a tip of the cap to Sham Sports, here's a look at the Bulls' payroll:

There's your $63 million and change. As the 30th overall pick in last year's draft, Butler earned $1,020,960. Let's earmark this year's as yet unannounced draft pick at the same number for simplicity's sake. That moves the Bulls to right around $64.4 million. This, quite obviously, does not include Asik, Watson, Kyle Korver and Ronnie Brewer, who are all free agents.

The Bulls seem adamant about matching any offer sheet to the 26-year old Asik. Let's give them the benefit of the doubt. Add $5 million, and we're up around $69.4 million. Remember, the luxury tax sits at $70.307 million.

I believe the Bulls should be publicly flogged if they decide to turn down Watson's team option as a way of avoiding the tax. They might as well just raise a white flag at the Berto Center. The number on Watson's team option ($3.2 million) is a downright bargain for a player of his caliber. His familiarity with the system will also be much needed without Rose. Watson had surgery to repair plantar fasciitis on both feet after the playoffs, so it's reasonable to assume he'll be much better than the player we saw at the end of last season.

O'Donnell: Luol Deng Could Be On The Trading Block

Mostly, the Bulls just need a steady hand with Rose out the majority of next year, and a caretaker at point who's better than John Lucas III. Serious doubts remain on whether Chicago will go into the tax and incur the dollar-for-dollar fine to bring back Watson for one more season. And that is where we begin talking about tonight's draft.

The Bulls haven't been hiding the fact that they'd like to draft a combo guard with the ability to shoot the rock at pick No. 29. Tribune beat writer K.C. Johnson has printed as much multiple times. But if the team really is going to turn away Watson in pursuit of saving a few dollars, that guard very well may have to be more of a pure ball handler and distributor. Someone needs to backup up (get ready for it) starting point John Lucas III, right?

With that in mind, here are a few players we could see the Bulls selecting tonight. 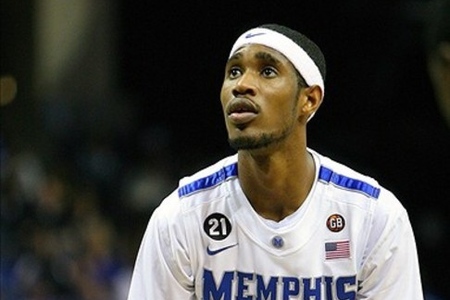 Barton is perceived to be one of the more NBA-ready players who might be available at pick No. 29, which would certainly be beneficial to a Bulls team battling injuries and free agent deflections. Barton is a strong finisher around the rim, has all the tools to be a very good defender and seems to possess the confidence to go up against the best athletes in the world on a nightly basis.

My issue with Barton is that he isn't much of a ball handler and he isn't much of a shooter. He jacked up 4.2 three balls per game during his first season at Memphis in 2010-2011 and made just 1.1 of them. That would be 26 percent. He improved last season and showed self-awareness by cutting down on his long range attempts.

The Bulls definitely like him, bringing him in for two workouts. Many think he'll be the pick if he's available at No. 29. He reminds me a bit too much of Jimmy Butler, though. This strapped roster doesn't have much space for redundancy. 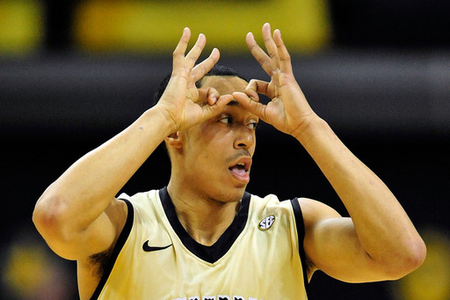 Jenkins was a hell of a college player. He led the SEC in scoring his last two seasons in college, holds the single-season record for three-pointers made in SEC history and finished as a third team All-American last season. If this isn't the best pure shooter in the draft, he's damn close.

Sonty: John Jenkins is a one-trick pony, but great at that trick

Jenkins doesn't have the defensive potential of Barton because he doesn't have the athleticism. He lacks lateral quickness. Jenkins will be a spot-up shooter and a floor spacer in the NBA. He might never be able to play big minutes if he proves himself to be a liability on defense.

Still, Jenkins can really shoot, and there's reason to believe that should translate to the NBA three-point line. With Korver set to leave, I think this would be my pick. 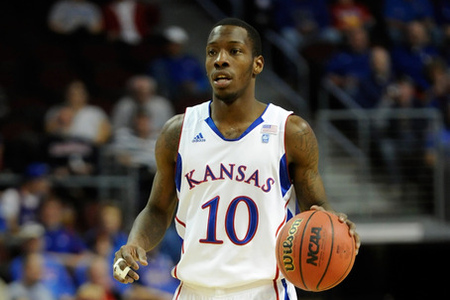 Played major minutes all four seasons at a big, successful program. Taylor has good size, is considered a plus athlete and has the tools to turn into a nice defender.

Sonty: No need to gamble on Tyshawn Taylor

Still, our own Zach Lee, a Kansas alum, has been adamant for months that the Bulls should stay away from Taylor. I asked him to briefly explain why he doesn't want to see Taylor on the Bulls:

Ty is a talent, there is no doubt. In combine and workouts, he shines. But he has the basketball IQ of a pumpkin. I have compared him to JaVale McGee in a guard's body. He'll make a winning play and then two losing ones. Case in point: in the Final Four vs OSU, KU was up three and had the ball with a minute left. Tyty ran upcourt and shot a PUJIT 3 that made Self just about swallow his tongue. They won despite the play, but it's a microcosm of Tyty. He's a good kid. But he was suspended twice and struggles with hard coaching at times. Not a Bulls/Thibs type.

You had me at "JaVale McGee in a guard's body". The Bulls should probably pass. 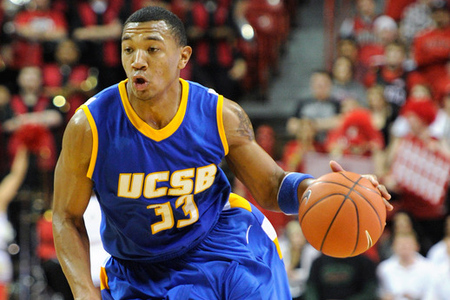 Alex Sonty has been doing great work throughout the draft process at Blog-a-Bull, and even covered the combine. He really likes Johnson and made the UC Santa Barbara shooting guard Chicago's pick in SB Nation's blogger mock draft. Here's what Alex said:

The only bigs and point guards who can't be passed up are gone. It's easier to pass up on Jeff Taylor and John Jenkins than Will Barton. But if Johnson were Barton's age, he'd be just as high -- if not higher -- on boards around the web and in war rooms. Johnson actually has the NBA shot and body that Barton doesn't. He played against bums, but so does Memphis; and Johnson's elite shot puts him in the category of high-scoring Mid-major products who can always add length and threes to any NBA rotation on both ends. His work ethic and basketball IQ make that NBA size and shot coachable enough to not care about his age. He's endured struggles no young man should with great maturity and drive; his production and lifestyle is proof of that.

My worry is that NBADraft.net doesn't even have Johnson selected in their latest mock. A recent mock by Jeff Goodman of CBS Sports had him as the second to last pick in the second round. Obviously, there's a lot of variation in later picks, so it doesn't mean that Johnson would even be considered a reach at No. 29 just because some sites don't have him getting drafted at all. As the old saying goes, it only takes one team and/or blogger to pull the trigger.

Alex has me sold. If Johnson is the pick at No. 29, I'll be satisfied.

Other options for the Bulls in the first round include Vanderbilt's Jeff Taylor, Kentucky guards Darius Miller and Doron Lamb, and Washington point guard Tony Wroten.