There is something definitively bittersweet about Tuesday morning's news that indefinitely shelved Chicago Bulls point guard Derrick Rose will grace the cover of NBA 2K13.

This type of thing is supposed to serve as a certain kind of a coronation, an official introduction into the superstar stratosphere so few ever reach. This is bigger than appearing on the cover of any magazine or guesting on any late night show. Particularly for today's breed of player, video games have always been omnipresent. The NBA2K series is the crown jewel of the market. The game's decision to feature Rose on the cover alongside Los Angeles Clippers forward Blake Griffin and Oklahoma City Thunder forward Kevin Durant should be something to get excited about. Instead, it almost feels like a pity vote.

After all, the only way we know for sure that you'll be able to see Derrick Rose play basketball next season is through the goddamn video game. Don't get me wrong: NBA 2K is tremendous, possibly one of the few joys in this dark, cold basketball world we live in.

But, man: as much fun as it is to dunk on suckers with D. Rose in the video game, it's so much more satisfying to see it happen in real life. Did you not get the memo?

"It's a dream come true to be one of the cover athletes for 'NBA 2K13,'" Rose said in a statement. "I've worked closely with 2K Sports since 'NBA 2K10,' and I’m honored to follow in the footsteps of Michael Jordan as the latest Chicago Bull to be featured on the cover."

Jordan was the feature cover star on 2K11. Last year's version of the game featured three different covers, with Jordan, Magic Johnson and Larry Bird getting the spotlight. 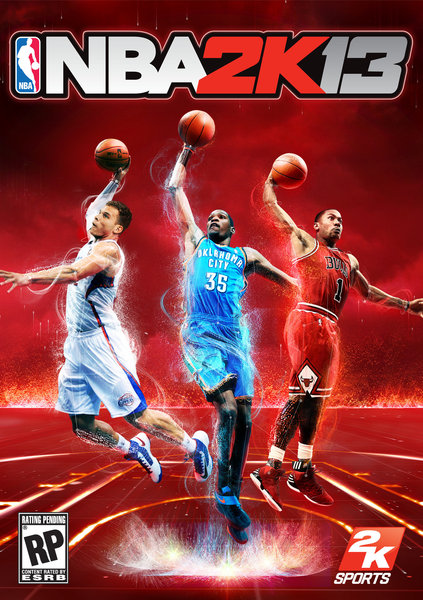 For more on the Bulls, visit Blog-a-Bull.