The Chicago Bulls fell to the Philadelphia 76ers in Game 3 on Friday night. We have some thoughts on what went wrong.

With Derrick Rose's torn ACL in the final moments of Game 1 serving as the starting point, the Chicago Bulls' first round playoff series against the Philadelphia 76ers has turned into one of the most frustrating, hard-to-watch local sports happenings in recent memory, at least thus far. This is becoming Caleb Hanie filling in for a sidelined Jay Cutler all over again. Each game feels like a new low.

If Rose's season-ending knee injury created an open wound in the collective heart of Chicago, losses in Game 2 and Game 3 have amounted to pouring salt in the gash. Philadelphia's third quarter run to steal Game 2 at the United Center was bad enough, but what happened in the fourth quarter of Game 3 felt even worse.

The Bulls out-rebounded Philly 48-43 last night, and the margin was much wider most of the night. The Bulls had 22 assists, the 76ers had 13. The Bulls blocked twice as many shots and held Philadelphia to a woeful 34.2 shooting percentage on the night. The 76ers took 14 three-pointers and made one of them. The Bulls led by 14 points in the fourth quarter. And yet, it's Philly who wins Game 3 79-74, and takes a commanding 2-1 lead in the best-of-seven series. The top-seeded Bulls are in real jeopardy of falling to an eight-seed.

Did we mention that Joakim suffered a severe ankle sprain and might not play again the rest of the series? Gah. Game 3 was certifiably miserable. Here are some stray thoughts of pure sports depression.

1. Tom Thibodeau has done a remarkable job as the coach of the Bulls in his two seasons in Chicago. If I had to give him a grade, it would be an A+. There is no one else I would rather have coaching this team. He might be nearly as irreplaceable as Rose. With that being said, I think Game 3 is on him.

There were so many curious decisions. From bringing back Noah twice and possibly further damaging his sprained ankle to his insistence on playing John Lucas III over C.J. Watson and Carlos Boozer over Taj Gibson throughout the fourth quarter, Thibodeau made some highly questionable choices in Game 3. He was being overly stubborn, and it hurt his team. That all of this comes in the shadow of leaving the oft-injured Rose on the court in Game 1 up 12 points with 90 seconds remaining only adds fuel to the fire.

2. Thibodeau's handling of Noah in Game 3 was completely inexcusable. Here's what Noah did in the third quarter:

He was clearly in pain. Joakim Noah is a tough hombre. He doesn't let out such guttural cries or show weakness if it isn't warranted. He was hurt and shouldn't have played. I'm sure he told Thibs he could go but the coach should know better. Noah re-entered the game immediately, hobbled around. After getting pulled to get his ankle taped, he came in again in the fourth. I suppose putting him in the first time is defensible, but leaving him out there in the second stint wasn't. Thibodeau let that linger for way too long when it was very obvious Noah couldn't go.

There was a possession during Noah's second stint when the Bulls kept grabbing offensive boards as Noah waited at the top of the key, clearly unable to fight for rebounds (ie: play!) because of his injury. Thibodeau should have called a timeout and gotten Noah out. He didn't. On the ensuing 76ers possession, someone on Chicago should have fouled immediately to get Noah out. This was obvious. Again, they didn't do it, and Noah had to run-limp over to make the foul himself, in the process hurting his ankle even worse. Horrible, on a number of levels. Thibodeau should have taken a timeout before it ever got that far.

3. I know C.J. Watson was terrible last night. He played 20 minutes and shot 0-for-4 from the field. He didn't score. His defense wasn't great, either. But Watson is a better player than John Lucas III by miles. He should have been the point guard in the fourth quarter, as Philadelphia started to close the Bulls' 14-point lead. Instead, Thibodeau left Lucas out there. Lucas was consistently overmatched, but it didn't matter. Thibs was too stubborn to make the change.

He'd likely chalk it up to "rotations", but I can't buy it this time. Watson should have been out there. With Lucas in charge, the shotclock feels like it's constantly expiring. The Bulls didn't need a spark, they needed a steady hand. That's what Watson can provide, and what Lucas will never be able to.

4. Carlos Boozer's final line of 18 points and 10 rebounds looks fine enough, but he was putrid in Game 3. Boozer needed 17 shots to get those 18 points, and hoisted numerous bricks in crunch-time. His defense was, of course, horrendous. Taj Gibson has played fourth quarters over Boozer for the Bulls all season. Last night, Thibodeau let Boozer brick the Bulls into abyss.

I certainly understand the need for scoring, but Boozer didn't have it last night. Why not go with Watson,Gibson, and Kyle Korver, who also sat in the fourth last night? Hindsight it 20/20, sure, but this looked obvious enough at the time. This isn't second guessing, it was first guessing.

5. You know who would have been huge in Game 3? 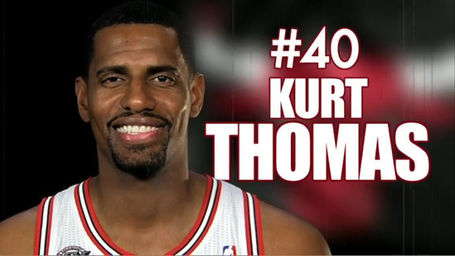 Ronnie Brewer didn't even play. Think he'll be here again next year when the Bulls so clearly need another big?

Something else the Bulls clearly need: another shot-creator. If the team wasn't seriously considering amnestying Boozer before, they should be now.