It's still hard to get a handle on just how quickly the Chicago Bulls' devolved in the last few weeks, from top overall seed in the 2012 NBA Playoffs to becoming the fifth No. 1 seed ever to fall in the first round. What's worse is the injury that prematurely cut short Chicago's playoff run, a torn ACL to superstar guard Derrick Rose, will affect next season as well, to the point where all Chicago can do is cross its collective fingers that Rose will even be able to take the court. It's all very worrisome, enough to turn my heart into one of those sad face emoticons.

But seeing Rose under such distress is far more gut-wrenching. Take, for instance, this photo of Rose using a walker, that surfaced on Thursday morning. 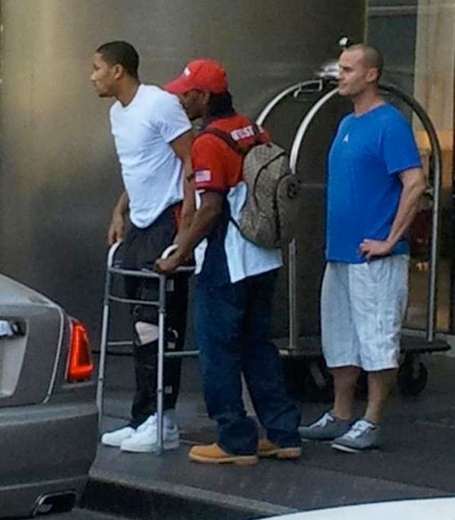 My grandma uses a walker that looks just like that. She is in her 80s and has never won NBA MVP. At least not yet.

Derrick Rose Injury: Star Guard Perceived To Be 'Ahead Of Schedule'