The Chicago Bulls were uncharacteristically lax in a Sunday afternoon loss to Oklahoma City Thunder. What should have been a highly entertaining game was instead uncompetitive and probably meaningless.

Even in a truncated campaign as accelerated as this one, the NBA's regular season still features a relatively heavy dosage of off-nights. There are too many Tuesday games against the New Jersey Nets and road trips to Detroit for the schedule to feel riveting on a nightly basis, even for the most high-volume basketball minds. As a fan, you pay your dues against the Raptors, against the Bucks, against the Hornets for dates like the one we had yesterday: a Sunday matinee against the always aesthetic Oklahoma City Thunder, a group as close to a mirror image in the other conference as Tom Thibodeau's Bulls have.

In a sense, Bulls-Thunder is even more compelling than a game against the Miami Heat. The Bulls play the Heat four times this season, and the two teams battled to the death in a five-game slugfest in last year's Eastern Conference championship series. The Thunder are the great unknown, at least in relation to how our bunch matches up and battles against a team so similarly successful and so filled to the brim with explosive young talent. That's why, more than any other emotion triggered, Chicago's 92-78 whimper of a loss to OKC registers as positively disappointing. Save for the potential meeting in the Finals we're all hoping for, this was the only contest of the season between these two league-wide titans. Instead of a thrilling and competitive spectacle of pure athletic entertainment, we got that. It's all so disheartening.

Ever since November 20, Chicago sports have been relatively boned by that pesky, unsquashable injury bug. A promising and maybe even charming 7-3 Bears team subsequently crumbled in the wake of Jay Cutler's broken thumb. Since, we've had a season-ending knee injury to Matt Forte during his breakout campaign, a lingering concussion to Blackhawks captain Jonathan Toews, and a collection of injuries to the Bulls' starting backcourt that has prevented the world from seeing what this team should *really* look like. Sure, injuries have given way to several captivating moments (the JL3-Heat game immediately comes to mind) and all narratives are forever evolving, but it's still been a bummer. None of us choose to spend our free time so engrossed in sports to watch Caleb Hanie overthrow a receiver by 15 yards. No one anxiously anticipates Bulls-Thunder all year for an Oklahoma City smackdown against Chicago's B Team.

As any slacker-leaning son or daughter knows, 'disappointing' is the descriptor you aim most to avoid. The word is toxic. But as the Thunder turned a 10-point halftime lead into a 29-point crater of a deficit entering the fourth quarter, 'disappointing' is the only word that qualifies. Yes, it fits in regards to the effort out of a team in which that aspect never gets questioned, but even beyond that, Sunday's loss was such a let down because we may go all year without being granted the pleasure of watching these two fantastic, electric teams square off at full strength. We have been robbed of a great time, and deserve to feel a little bitter about it.

Yes, this performance out of our normally heroic Bulls was fucking meek. Chicago doesn't roll over and take it this way in the Tom Thibodeau era, but it happened on Sunday afternoon. It's an outlier of an outcome more than anything, as even with superstar guard Derrick Rose missing every game since March 5, the Bulls still somehow finished the month with the NBA's best record at 13-3. Miami, with Dwayne Wade and LeBron James on the court, only went 10-6. You never have to wonder about the fight in these Bulls, but sometimes you just can't overcome a talent deficiency this vast. This was a pounding of the highest order, a beating even more severe than the final score indicates.

Will our Bulls live to fight another day? Of course. This team is a gift; the ideal local squad to root for. Rest assured, they'll be back, probably as soon as tonight against the Houston Rockets. But as Pedro Martinez once said, sometimes you just have to "tip your cap and call Russell Westbrook your daddy."

For the Bulls, this time was Sunday afternoon.

If we're being real, the Thunder are a joy. Losing to them does not sting nearly as bad as a loss to Miami or the Pacers, or another war-tested squad our Bulls are so much more familiar with. Watching Kevin Durant play basketball is a blessing. Is there an athlete alive as rad as Russ Westbrook? The Thunder may be mostly composed of friendly hipsters, but no one plays a more engaging brand of the sport. The Bulls are only as telegenic when Rose is at the apex of his destructiveness. Even then, matching OKC on an aesthetic level is still a bit of a stretch.

On Sunday, the Thunder did what the the Thunder do. They shined. They threw half-court alley oops and finished poster-worthy dunks. They hit impossible shots against tough defense and pushed the tempo past the speed limit. They dominated the Bulls, and we're all a little more sullen for it.

But so far as foreshadowing moments on the season calendar go, it's probably best not to place a ton of stock into this one. This was abnormal. The Bulls aren't overpowered so thoroughly on a basis with any regularity. Oklahoma City certainly earned this beatdown. It's a feather in their cap, a highlight on their own 2011-2012 season resume just weeks before the playoffs begin. Yet instead of worrying about real world problems the Thunder may have revealed for our Bulls, I'm more dismayed at being deprived of a game that should have been a blast. The game we got was not a blast. It was a game that should never be considered again.

2. Sunday night, ESPN's Ric Bucher tweeted that Rose should be back soon, and threw out Thursday's game against the Celtics as a possible return date. If Rose is steadily getting healthy and is fit for live action, it's obviously wonderful news. But everything I heard up until Bucher's tweet makes it seem like Rose's groin injury is severe, and that he might not be back before the regular season ends.

ESPN Chicago preps reporter Scott Powers is covering the Bulls some at the moment, and on Saturday he told me that Rose was wincing as he ran in warmups before Friday's game with the Pistons. If it hurts to run, I certainly wouldn't suspect he'll be back this week.

The Bulls should, quite obviously, be as cautious as possible with Rose. They only need him for the playoffs. Chicago should win its first round series even without him. It's entirely possible, though maybe not likely, the Bulls can reach the conference finals without Rose. I mean, why not? They've been so great for so long this entire year whenever he's sidelined.

If he's healthy and ready to go: awesome. Part of me just worries our ultra competitive superstar might be rushing back a bit. That would be pointless, and possibly very damaging.

3. Only because I'm told people like moving pictures more than of words....

4. Uh. WTF are you talking about, Boozer?

5. OK, this edition of the Bulls Notebook has probably been pretty emo. Apologies. Let's end on a couple high notes.

My buddy Sebastian also made this: 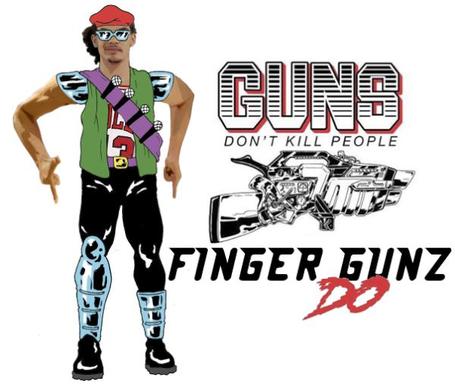 If you think this is funny, there's a good chance we'd be real life friends.

Ricky O'Donnell is the editor of SB Nation Chicago and the founder of the Chicago sports blog Tremendous Upside Potential . Follow him on Twitter or reach him at richardpodonnell@gmail.com.