Chicago Bulls Notebook: Putting A Bow On The First Half

SB Nation Chicago's Ricky O'Donnell takes a look at the state of the Chicago Bulls as the team heads into the All-Star break.

Share All sharing options for: Chicago Bulls Notebook: Putting A Bow On The First Half

If a picture says 1,000 words, how many does a video count for? As the Chicago Bulls emphatically closed the book on the unofficial halfway point of the season Wednesday night by blowing out the Milwaukee Bucks at the United Center, it brought to mind a recent NBA commercial currently airing nationwide. It epitomizes Tom Thibodeau's Bulls more than any amount of words ever could.

The main appeal of the NBA will forever be entrenched in two areas: a) the warming glow of superstar power, and b) the gravity-defying physics of watching humans fly. Yet, the clip in question features only a blip of Derrick Rose, and no one is throwing down a slam dunk. Instead, it's Chicago's Thibodeau-engineered defense on display in all its glory. Soundtracked by a pulsating drum beat that would be just as appropriate in a big-wave surfing montage or a high-speed chase with the cops, the Bulls' defense locks down the Miami Heat in a half-court set. The commercial shows exactly what the Bulls' defense is all about: they smoother, they rotate, they help, they swarm. The clip ends with Taj Gibson blocking Udonis Haslem's shot. A possession erased. Commercial over. This happens countless times over the course of any given game, yet it speaks perfectly to how the Bulls achieve their massive success. Just because its mundane doesn't make it any less vital.

It's rather amazing to think about how the Bulls reached this point, where being a 1/2 game out of first in the Eastern Conference with a 27-8 overall record is business as usual, not a cause for celebration. Just two seasons ago, this appeared to be one of the most dysfunctional outfits in the NBA. The team was directionless, the front office trigger-shy. The GM burst into the locker room to try to kick the head coach's ass. Then Tom Thibodeau showed up and everything changed. Now the Chicago Bulls are a machine, one that plows through inferior competition without breaking a sweat; one that can hang with any team in the NBA, paper matchups be damned. They are a very legitimate title contender and a self-sustained giant. These Bulls will not lose due to a lack of focus or lapse in effort. More often than not, they will disembody the competition without even a hint at human emotion. This team is The Terminator.

All-Star Weekend is now in full swing, and the Bulls will be represented by the three most important cogs in the machine in Orlando. Rose was voted in by the fans, Luol Deng was selected by the Eastern Conference coaches, and Thibodeau earned the right to chaperone the entire experience by virtue of the Bulls holding the conference's best record for so long. Yet it speaks to the entire operation that All-Star Weekend really isn't the Bulls' thing. They have more important matters in mind.

All-Star Weekend is characterized by a lot of things, mostly parties, showmanship, and a pay-no-mind philosophy towards defense. All of those things are great. All-Star Weekend is a celebration, a time to loosen the tie and have some fun. But when it comes to Rose, Deng, and Thibs, fun is just something that gets in the way of business. The Bulls will have their fun after they win a championship, Joakim Noah aside -- who celebrates his 27th birthday this weekend in what will surely be bombastic fashion.

For these Bulls, the All-Star experience almost amounts to a chore. Thibodeau would surely rather be watching game tape; Rose has stated many times that he loathes exhibitions. While the rest of the league gets buddy-buddy in Orlando, the Bulls will keep their edge. Let Dwight Howard have the spotlight in the game that doesn't count. The Bulls will grab it when it really matters.

2. Hours before the Bulls pounded the Bucks 110-91 on Wednesday, NBA TV compiled a video of Derrick Rose's best plays of the first half. Take a look:

D. Rose is always breathtaking, even at his most routine, but allow me to put this in some perspective: it's the most boring Derrick Rose highlight reel of all-time, isn't it? There's only one dunk!

If you were to make a mixtape of the best plays of Rose's career, I doubt anything from this year would make the cut. The game-winner over the Lakers was great, but all that time on the clock saps some of the necessary drama away. There are no ankle-breaking crossovers, no alley-oop throw-downs, no posterizations. To think we've gone the entire first half without allowing Bulls color commentator Stacey King to break out his signature poster machine for a Rose slam is as discouraging an issue as there is surrounding the 2011-2012 Chicago Bulls. While contemporaries like Russell Westbrook throw down with added violence with each passing day, D. Rose has become accustomed to playing below the rim. At 23, this shouldn't happen to athlete so dynamic.

There was a time when a breakaway for Derrick Rose meant two things: a reverse, jackknife dunk and an eruption from the United Center crowd. When Rose got the opportunity at home earlier this season vs. the New Jersey Nets, he simply went up with two hands and dunked it softly. There's no other word for it. The rim used to be enemy No. 1 for Derrick Rose, a threat that could only be neutralized with blunt force. Now? He'll take those two points without the malice.

Of course, there are reasons for this. Mainly: a bad toe and a bad back. Rose is still lightning fast and explosive as hell, but rim-rocking dunks have taken a backseat this season. He only exerts himself to the maximum degree when its truly required. It's a minor but sad footnote to this season that won't soon be forgotten.

3. We've made it a bit of a personal crusade to document Joakim Noah's use of FINGER GUNZ this season, and last week, Noah sat down with Bulls radio voice Chuck Swirsky to explain his signature taunt.

As you might expect, the explanation is as great as the move itself. Says Noah:

The jumper has been WET this year, so. You know, I just gotta pull out the guns and let everyone in the building know that I just knocked down a J and they gotta feel it. They gotta feel it with the guns. I'm just shooting all over the place.

For history's sake, my friend Brandon was kind enough to take the images from the first ever finger gunz appearance and put it in .gif form. From last year in the first round against the Indiana Pacers:

4. The Eastern Conference All-Stars will feature an all Chicago-raised backcourt on Sunday with Rose and Miami Heat guard Dwyane Wade. What would the two look like together? 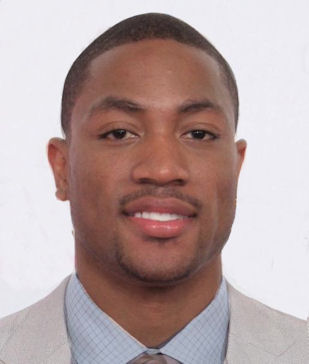 And since one good face mashup deserves another: 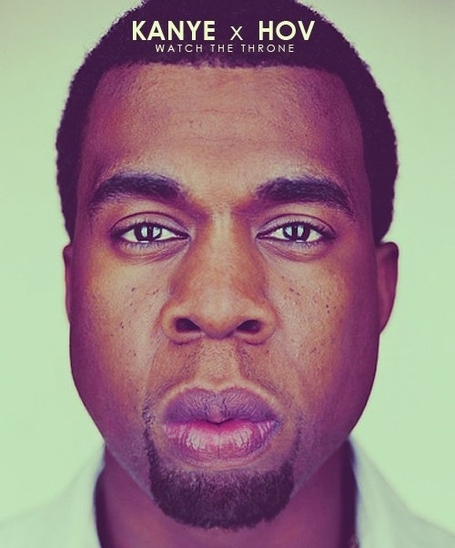 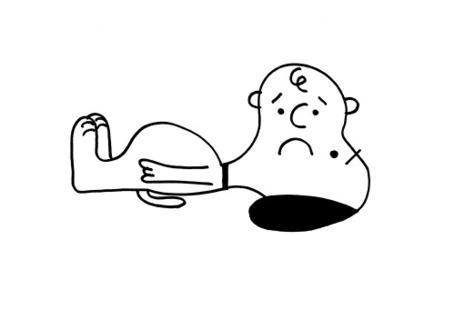 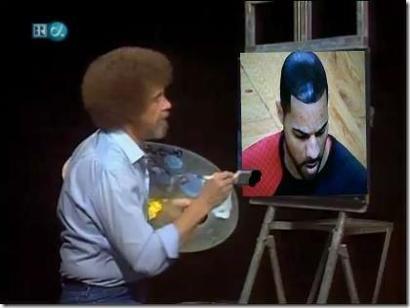