Share All sharing options for: Slow News Day: LeBron Drinks Appletinis, Doesn't Tip, Has Someone Cut Up His Spaghetti

Listen: there is not a lot of stuff happening in Chicago sports this afternoon. We can talk about the eternally drawn out minor league compensation the Chicago Cubs finally paid to the Boston Red Sox for Theo Epstein, we can bust out a microscope in an attempt to find anything even pseudo-interesting going on with the White Sox in Arizona, or postulate on why Derrick Rose didn't speak with the media after his first game back from injury yesterday. Or we can make fun of LeBron James. Let's make fun of LeBron James. He is, after all, the main immovable object currently standing in the way of our Chicago Bulls and true NBA glory.

Over at Yahoo's Ball Don't Lie today, the indomitable Kelly Dwyer uncovered what just may be the quintessential LeBron story. On the condition of anonymity, a former server at a high-end Cleveland steakhouse dropped some dirt to a local blog on James that is equal parts hilarious and pathetic.

Let's take this one-by-one, shall we?

Here we have LeBron James, perhaps the most athletic human being to ever live on planet Earth. That is no hyperbole. He is a freak in the truest sense of the word, the most hulking, domineering physical presence in sports today. He should be drinking whiskey by the gallon, or maybe even some next level shit like absinthe. Instead, he chooses to drink apple martinis, possibly the most feminine alcoholic concoction in existence. To steal a line, you cannot write comedy this funny. 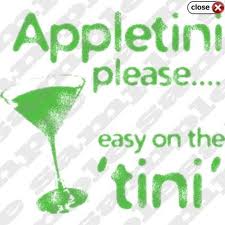 If this exact story came out about our beloved D. Rose, I would search for a bunch of <3 emoticons and deem it "adorable". But when it's LeBron? DEPLORABLE. Do you have the restaurant chew it for you too, LBJ? I recently heard about this high-end digestion boutique that will take food all the way down to your intestines. Interested? I'm sure you are, you worthless, pathetic piece of superhuman.

Now. LeBron catches a lot of flak for a lot of reasons, but even his harshest critics would likely have a hard time making the case that he is a decidedly "bad dude". His teammates love him (look no further than those choreographed Cavs introductions), he seems very loyal to his high school friends, and he has never really run into trouble with the law. He's never been accused of sexual assault, doesn't go on bereavement leave to visit local strip clubs, and has never received a DUI. Granted, you can probably drink 13 appletinis before you're over the legal limit, but the point remains. LeBron is a lot of things, but a bad person probably isn't one of them.

Even still, being a bad tipper is completely inexcusable. From the interview:

First, our source wouldn’t confirm or deny the infamous allegation that LeBron once left a $10 tip on an $800 check. (S)he told us that (s)he avoided any such problems by always adding the gratuity to his check. One time when (s)he did this, James responded by saying that he wasn’t "with" the folks that (s)he included on his bill. (S)he replied by telling him: "well, they need to give you some money, then."

We're talking about a guy who signed a $90 million contract with Nike the moment he graduated high school. He has already signed two max contracts in the NBA. He is one of the wealthiest people in existence. For LeBron James, being a bad tipper is sad, maybe tragic, and ultimately reprehensible. If you're going to be a bad tipper, at least have a sweet, ready-to-go nickname like Scottie "No Tippin'" Pippen. Then, and only then, is this not the worst thing in the world.

So there you have it. LeBron likes girly drinks, commands someone cuts up his noodles, and doesn't tip. Do with this information what you choose. 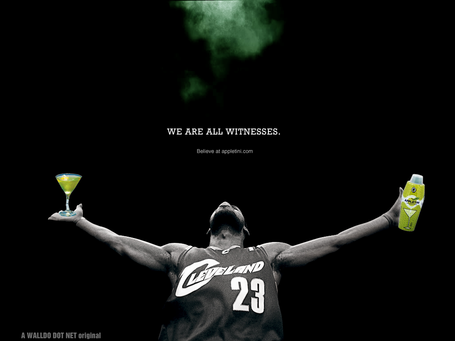