Getting into the holiday fashion, the Bulls are rolling out all-red jerseys for their Christmas Day match-up against the Rockets.

Share All sharing options for: Bulls Christmas jerseys: Chicago busts out all red look vs. Rockets

Getting into the festive atmosphere, the Chicago Bulls are rolling out special jerseys for their Christmas Day match-up against the Houston Rockets. Known officially as the "Big Color" jersey on NBA.com, it's probably easiest to describe the jersey as very, very red. 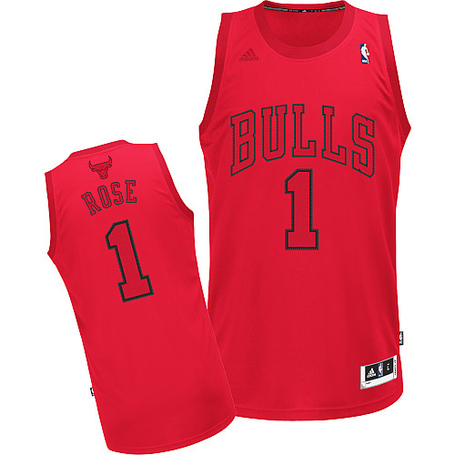 That's the official photo of Derrick Rose's "Big Color" jersey over at the official site. Obviously Rose won't actually be playing in the game, but fans will be treated to the likes of Joakim Noah and Luol Deng clad in the special all-red garments.

With a fresh new look for the holiday, the Bulls' well-regarded defense will be tasked with stopping the league's highest-scoring offense so far this season. With James Harden, Jeremy Lin and Chandler Parsons leading the way, the Rockets have some unusual weapons to rack up points.

Chicago will be taking the court in its special jerseys at 8 p.m. ET from the United Center. It's the first game back in Chicago for former Bulls center Omer Asik, who currently starts for Houston after signing a three-year deal with the team during the offseason.