How The Thibs Stole Christmas!

Share All sharing options for: How The Thibs Stole Christmas! 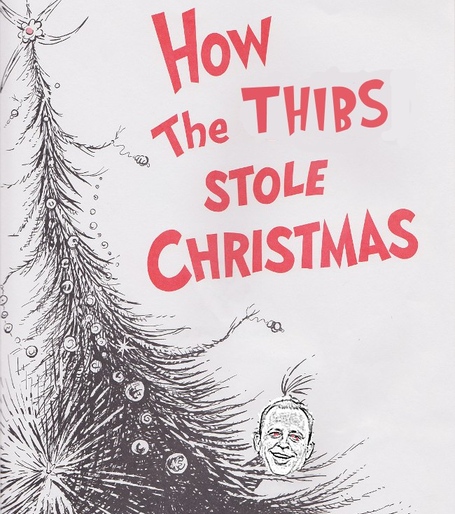 The Bulls of Chicago loved Christmas a lot.

But the Thibs, holed up in his office

The Thibs hated Christmas! This time of the season!

When pressed for an answer, he always gave a vague reason.

Regardless of why the Thibs seemed so averse,

When asked about it, he'd scream and he'd curse.

Close his office door and threaten never to come OUT!

The Thibs' office was littered with playbooks in stacks

Video tapes and the saltiest snacks.

He leaned back in his chair and he opened some chips

Rubbed his sore temples, that's when he heard it!

'It' was the sound of unbridled joy.

'It' was the sound of grown up little boys.

The Bulls of Chicago, the young and the old

Were not taking part in the drills they were told.

Not concerned with rotations

Or the extra pass

No, the Bulls of Chicago were having a LAUGH!

Oh how they did LAUGH!

The Thibs in his office was ready to crack!

Then he got an idea!

His best idea yet!

The Thibs knew of a way to make them all sweat! 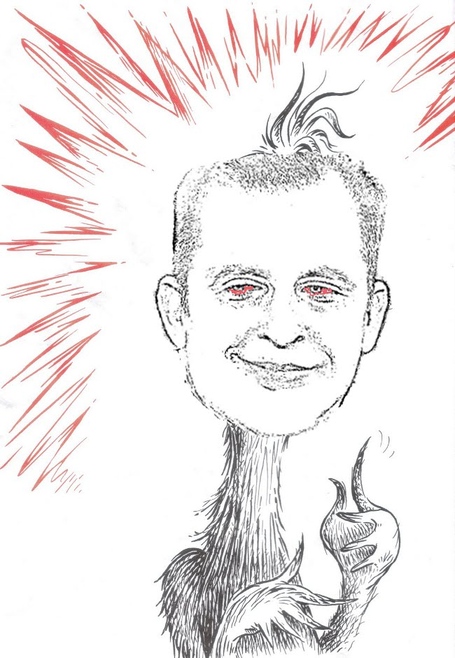 "You're quite the genius," he said to himself.

Then he grabbed his black boots

And his oversized belt.

He found his red hat and wove a quick coat

Any moment now he'd be ready to go!

But before heading out the Thibs needed some help.

"A plan so profound cannot be done by myself."

So he called in Luol

And he shook his bad wrist

No better helper to choose

They set out together to deliver the news. 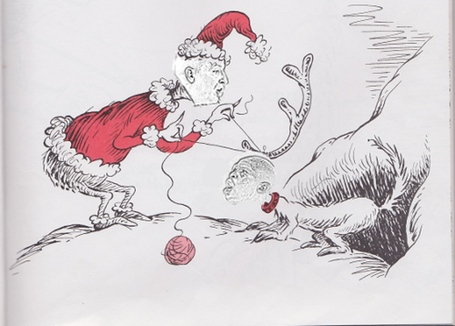 Lu and the Thibs set foot on the court.

Suddenly, the Bulls of Chicago were all out of sorts.

The balls no longer bounced, and the laughter did cease.

The players gathered at midcourt, and dropped to a knee.

"No focus or commitment. No urgency.

"With this in mind, I'm happy to say,

"No family time with your sons or your daughters.

"We're going to be perfect

"If it's the last thing I do

"For we play a game that very night!"

"To hell with your rest," the Thibs said with a grin.

"No regard for the future. I just want to win!"

The Bulls of Chicago accepted their fate

For they knew that the Thibs wouldn't give them a break.

No presents. No smiles. No family time.

Just the sound of balls bouncing and tickling the twine.

Pleased as can be

The Thibs showed no remorse.

He coached the Bulls up

'Til his voice became hoarse.

Then headed back to his office to diagram plays.

The Thibs disappeared as quick as he came!

Little did the Thibs know he wasn't alone.

He was being followed by one of his own!

Startled at first when he turned back around

The sneaky Bull visitor had made not a sound.

The Thibs looked to the ground and what did he see? 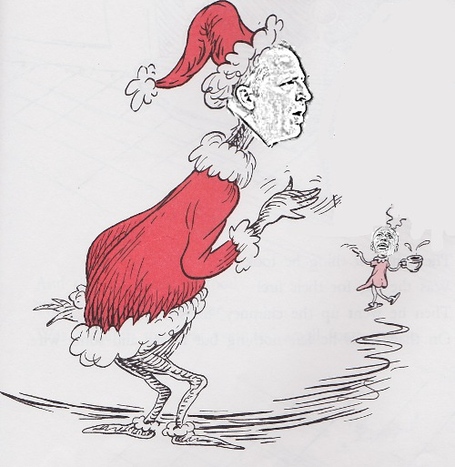 "Thibs how could you

"Not Christmas morning. Anything but this!

"How do I look my kids in the eye

"And what do I say

"When they ask 'Daddy WHY

"Won't you be here on Christmas Day?'"

"Tell them you're working.

"I don't care for your kin.

The clever old Thibs eased off a bit

For he was not done playing his trick!

He changed his tone quick

As a coach often does

And proceeded to show Little Nate some love.

And he patted his head.

"Think about this when you hop into bed:

"So calm yourself down and think about it,

"More practice is for your own benefit!"

Was now more than eager to follow the rules. 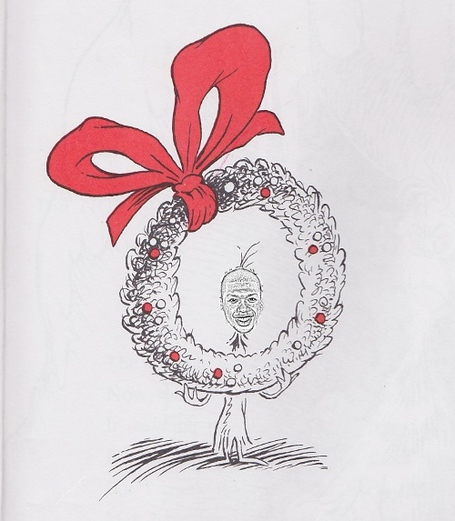 The time is 4 in the morning.

The rest of the city is sleeping and snoring.

But not the Thibs, he's prattling and pacing

Thoughts of on the court spacing

Have his heart beat racing.

He jumps in the car on to icy roads.

He beats all the traffic. He breezes through tolls.

Soon Chicago will awake to presents under the tree.

But there's nowhere else the Thibs would rather be!

He shows up to practice and to his surprise,

The Thibs is the very last one to arrive!

The Bulls of Chicago looked crisp and alert.

The Thibs could see sweat soaked all through their shirts.

No movement wasted, all movements in-step

And oh did the Thibs love to see them SWEAT!

And SWEAT the Bulls did

The Thibs stood to the side and he thought for a second,

This isn't at all what I expected!

Not even once did I raise my voice!


"Maybe Christmas," he thought, "goes beyond the final score.

Christmas is about spending time with your family and friends.

Christmas is about much more than losses and wins.

All this time I've neglected to show

The Thibs gathered them round

And he threw them a bone,

"MERRY CHRISTMAS TO ALL