J.R. Smith Dyes His Hair Red and Tweets About Not Being Able To Wear No. 1. Do The Bulls Have a New Shooting Guard?

Share All sharing options for: J.R. Smith Dyes His Hair Red and Tweets About Not Being Able To Wear No. 1. Do The Bulls Have a New Shooting Guard?

There has now been hardly any NFL news for four months; the NBA lockout looks like it could be even grimier. Yes, this is quite possibly the worst ever time to be a sports blogger in the history of the world, which extends as far back as, like, early 2006. Times are tough for us keyboard quarterbacks right now, especially in a two-team baseball city as uninspiring as this one. Stalemates between billionaire owners and millionaire players dominate headlines with little more than a shrug or a yawn coming from the public. Anyone with an art school degree like myself is likely to come down on the side of labor over management, but  this sort of rhetoric is generally the kind of stuff sports fans like you and I are allergic to, not passionate about.

We like games, and if we can't have games, we like rumors. Sometimes rumors are better than games, and don't pretend like that's hearsay. See, this is what has killed people of my ilk during these lockouts: the hot stove hasn't just gone cold, it's died completely.

That's why, during times like these, we need to stretch a bit to get the rumor mill churning. After the jump, some totally unsubstantiated Twitter evidence that suggests Nuggets guard J.R. Smith could be on his way to the Bulls. 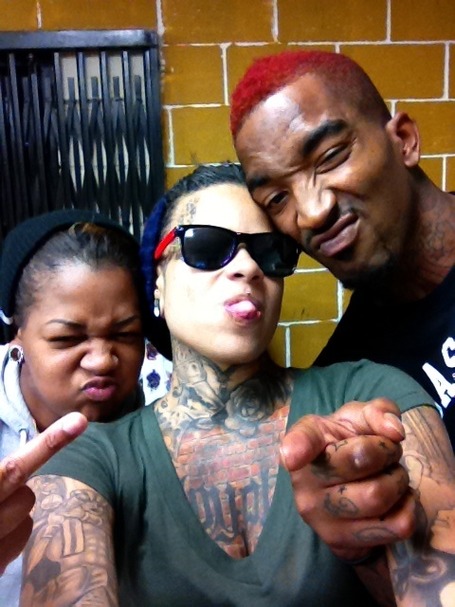 Red hair! That's about as good as a contract, right? No? Oh, OK.

We can talk about what Smith would do for the Bulls' 2-guard woes, about how someone with the track record he carries would fit in with a locker room full of choir boys, or about how quickly he'll be in Tom Thibodeau's  doghouse, but let's save that stuff for another day. Like when this actually happens. Unfortunately, I think we could be waiting for a while.