Even if you weren't plugged in to the local high school basketball scene when Derrick Rose was winning state championships and throwing down gnarly windmill dunks at Simeon Academy only a few years ago, it's hard to ever forget that Rose plays professionally in his hometown. It's been the focal point of ad campaigns and magazine features; Rose is even announced as "from Chicago" during the Bulls' starting lineup introductions, treating that year at Memphis like it never happened.

Rose and adidas are releasing a new take on Rose's latest signature shoe, and the adiZero Rose 2 "Windy City" will once again remind you that, yes, Derrick Rose is Chicago's very own son. The shoe has a map of the city L system in its sole.

Exclusive pictures straight from the good people at adidas, after the jump....

From an adidas press release:

Inspired by Chicago’s blue line "L" train and the holiday season, D-Rose will debut this fire red/black/white/blue colorway during his Christmas Day game.  It features a Chicago "L" map in the sockliner and a blue adiZero pin line on the upper to rep the blue line "L" train.  The upper is anodized to give the brushed metal look of train cars with a fire red finish to look like a holiday gift on the court. 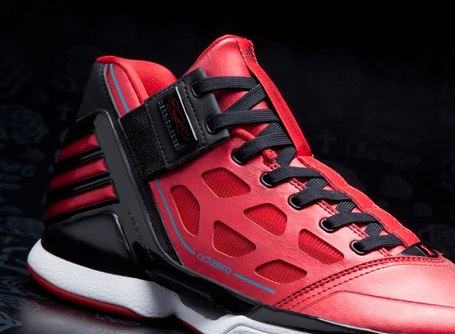 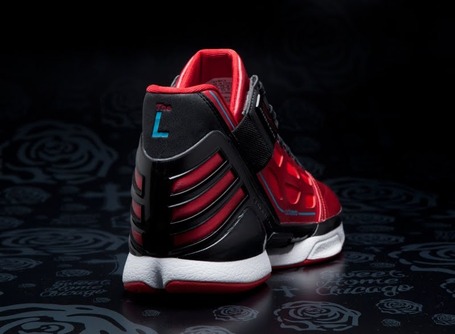 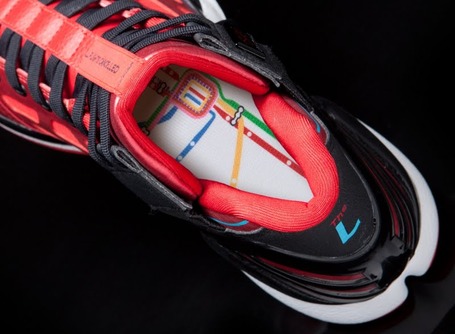 Considering that Rose hails from the southside neighborhood of Englewood, perhaps the north-south running red line would make more sense. Still, major bonus points to Rose and adidas for choosing to accentuate the blue line, as that's what I ride every day. Bro move, Derrick. Bro move.