On Monday, we posted pictures that had been circulating around the Internet of Chicago Blackhawks forward Patrick Kane celebrating Cinco de Mayo in Madison, Wisconsin on the campus of the University of Wisconsin. Kane certainly appeared inebriated in the photos, though that's hardly illegal or irregular for a 23-year old man. As our own Bobby Loesch stated, there was no reason to get all up in arms over the photos. We know Kane is one of Chicago's preeminent party boys, and he didn't seem to be doing anything harmful in the pictures.

Here was a young guy -- a rich and famous young guy, sure -- drinking a lot of beer and doing some embarrassing things. Young dudes tend to do stuff like this. Perhaps he should be held to a higher standard because of his job, but at least he wasn't doing anything other than tarnishing his own reputation.

Today, new details of Kane's Cinco de Mayo adventure were revealed at Deadspin. They are a little more disconcerting. Pictures and stories, after the jump.

Multiple UW students corroborated reports that, yes, Kane was very drunk. He was apparently kicked out of a frat/sorority party for choking a young girl.

Kane got kicked out of the Kappa Sig party I was at for trying to choke a girl. It took 10 of us to push him and two of his buddies out of the house. He hung around outside and then disappeared into Kappa Kappa Gamma with some hot sorority girls. He was very very drunk.

Kaner thought it would be a good idea to choke a girl, like both hands around the throat choking. She immediately freaked out and started screaming, which drew a lot of attention. He was immediately thrown out by the frat boys

Later, he relentlessly began hitting on a girl who wanted nothing to do with him—his response to this denial, attempt to choke her, which is what ultimately got him booted.

All of these stories should likely be taken with a grain of salt, because who knows. These are fellow drunk college kids ratting out a near-age peer who is far more wealthy and successful. But we shouldn't discredit the reports immediately based on that alone. Where there's smoke, there's usually fire.

Here a few pictures, all courtesy of Deadspin. 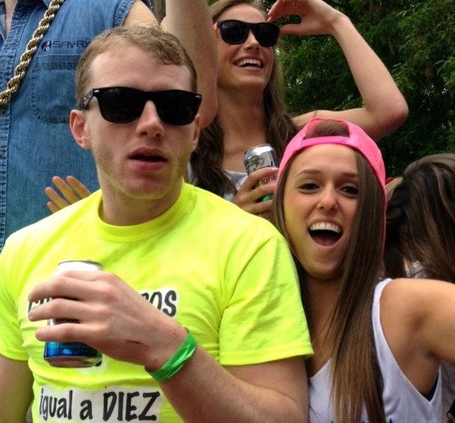 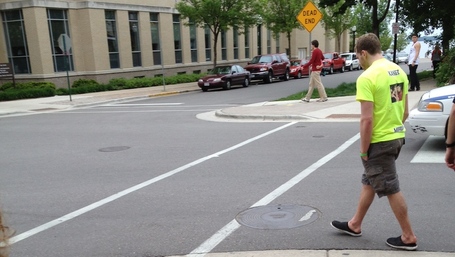 SB Nation Chicago doesn't mean to sit up here and impart moral judgment, though we're confident the Blackhawks would certainly appreciate if Kane would keep his name out of the headlines for instances like this.

Blackhawks Offseason: Marian Hossa Should Be Ready For Training Camp