Share All sharing options for: Greg From Lemont Tells Sarah Kustok What We've All Wanted To Say For Years

The goods are dropped at the :47 mark.

Awwwwwwwwwww. Someone just found a Valentine's date... or pissed off a girlfriend. Either way, Greg from Lemont, you are my hero. 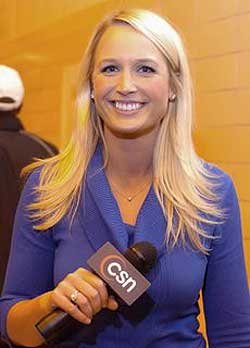