The Chicago Bears official website announced on Tuesday that the team would be selling single-game tickets starting this Friday, July 13. Starting at 11:00 a.m. CDT, fans can go to Ticketmasters' website to place an order for tickets.

Here is a breakdown for the price ranges:

The Bears' home stadium, Soldier Field, is the smallest stadium in the NFL -- with a max capacity some 1500 seats smaller than Lucas Oil Stadium in Indianapolis. Soldier Field's size combined with the Bears' popularity has resulted in some of the most expensive tickets in the league, both on the primary market and the secondary market.

Here is a look at the stadium capacities from around the league: 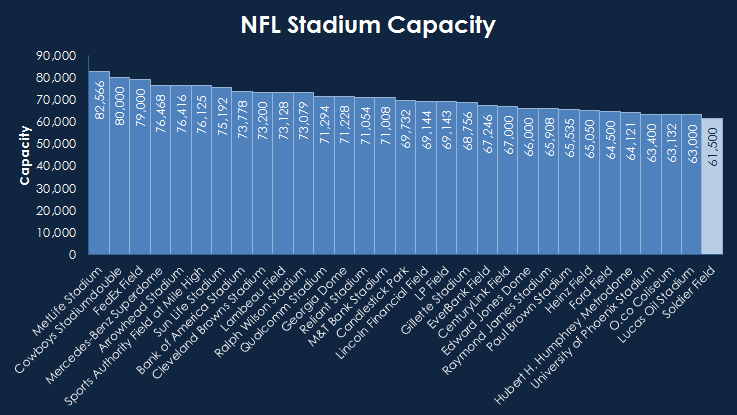 Stay tuned to SB Nation Chicago for more information, and for in-depth analysis on the Chicago Bears, be sure to visit Windy City Gridiron. And drop by SB Nation's NFL news hub for more updates and commentary from around the league.