When we gave you a first look last week at the new signature shoes of Derrick Rose, the adidas adiZero Rose 3.0's, we noted the standard black-and-red color scheme would be the first of many to hit the market. Those kicks featured a homage to Paulina St. -- the heretofore offices of SB Nation Chicago, though I don't think D. Rose was trying to give Wicker Park a shout-out. Indeed, Rose always keeps Chicago close to his personal brand, just as the previous edition of his kicks featured a pair indebted to the Blue Line.

What's potentially the only thing 'more Chicago' than the CTA? Why, the Chicago Bears, of course. On Monday, we got a first look at a new Bears-flavored shoe colorway from Rose.

Here's a sneak peak of the shoes, from Nice Kicks: 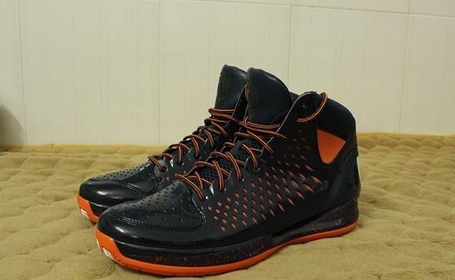 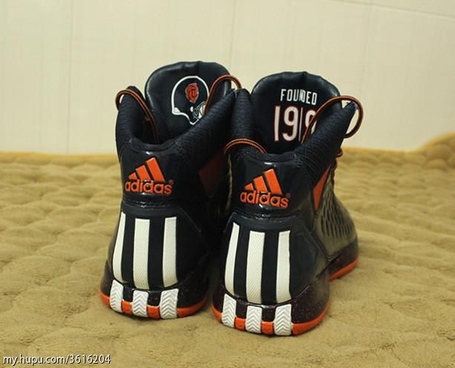 Just when I want to make fun of the Bears for being lame, and run off a string of jokes about Craig Krenzel, Jonathan Quinn and David Terrell, I remember that the Bears actually have some pretty cool players now. Devin Hester would look sweet in these shoes, as would Brandon Marshall and Julius Peppers.

Can you imagine Kid Cutty rocking these next time he takes the pocket puppy for a long stroll?