Jay Cutler Flicks Off Paparazzi From A Variety Of Angles

Share All sharing options for: Jay Cutler Flicks Off Paparazzi From A Variety Of Angles

Chicago Bears quarterback Jay Cutler broke his thumb in Week 11 last season, but at least we know one his fingers still works! 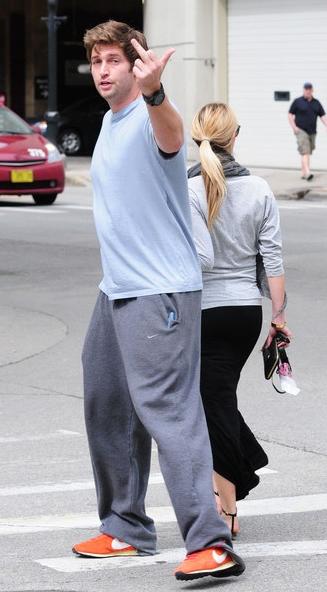 Ah yes, Jay Cutler. The Bears quarterback has never been characterized as the friendliest bro at the frat party. Case in point: the bio of a popular faux-Cutler Twitter account reads "Jay Cutler is the best QB in the NFL. Dick."

That about sums it up when it comes to Cutler's frown-heavy public persona. You can't fault the embattled Bears quarterback for feeling more stressed than usual this offseason, not when a) he's expecting his first child soon, and b) the Bears again ignored the offensive line in the NFL Draft. These are tests of character that not even the gift of two 6-4 wide receivers can fully smooth over.

More picture of Cutler and fiance Kristin Cavallari flippin' the bird, after the jump.

This is my favorite: 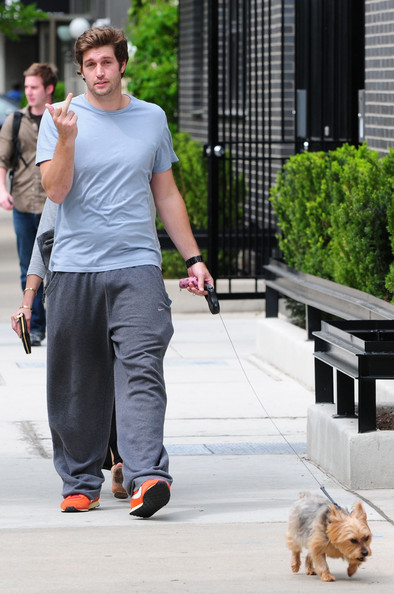 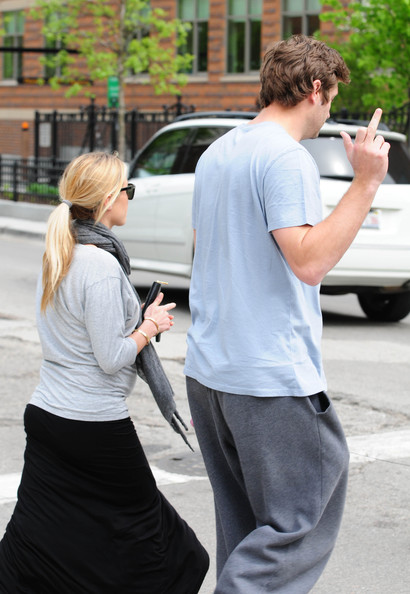 Good to see Mike Martz has found a new line of work.