SB Nation Chicago got together to talk about the Bears' Week 5 meeting with the Jacksonville Jaguars. 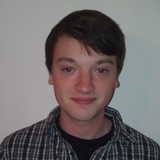 This is the beginning of a very long collaborative piece from your friends at SB Nation Chicago meant to say two simple things: a) the Jaguars aren't very good and b) the Bears should kick their ass. Now you know!
The Jacksonville defense enters the game with two sacks and two interceptions. On the season. Through four games. To put that in perspective, the Bears' own diminutive cornerback Tim Jennings has twice as many picks by himself, and the Bears have three individuals with more sacks than all of the Jags combined. Jacksonville is also the second worst in the league at defending the run (giving up over 150 yards on the ground per game) and they aren't a whole ton better at defending the pass (21st in the league, giving up 254 yards per game). If there was *ever* a chance for style points, this is it.
So yeah, that's what I want: a beatdown, a massacre, a complete annihilation of all that is good in Jacksonville. If this week ends with Henry Melton getting ticketed for publicly urinating on Blaine Gabbert, I wouldn't even be a little mad. Problem is: these are the type of games the Bears have made a habit of making more difficult than they should be. If we know anything about Lovie Smith's Bears, it's that this game will end 17-3 and no one will have any fun.
Well, forget that. The Bears are vastly superior in every phase to these Jaguars, and I want bloodshed as proof. If the Bears really are 'elite', really do have a valid shot at the Super Bowl, they should lay the Jags to waste on Sunday. Anything less won't do it for me.
Prediction: Bears. 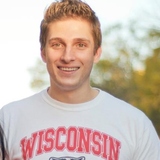 During the closing minutes of the Bears' 34-18 blowout win over the Dallas Cowboys on Monday Night Football, I sent out this tweet:

Is it still jerk face if Cutler cracks a smile and the Bears are up three scores on th road in prime time? Asking for a friend.

Everyone can understand the basic thrust of my sarcastic comment, because every NFL fan knows a lot about Jay Cutler. The final layers of snark are only accessible if you actually watched MNF coverage to see the ESPN crew seize on a moment where Cutler walked away from Mike Tice on the sidelines. But that's the beauty of it all for Bears fans like me: everyone is watching.
The Bears have an ultra-talented QB, one of the best wide receivers in the league, three defensive stars who can't count their Pro Bowl appearances on one hand (note: not a head trauma joke) and plausible Super Bowl aspirations. It's so good to be a Bears fan, I get to complain about people paying too much attention. Sideline etiquette is a topic of conversation because people are keenly focused on unearthing potential barriers for a Super Bowl run. Jaguars fans must hate people like me.
Related: NFL Odds, Week 5: Bears vs. Jaguars
I'm not going to pretend to know a lot about the Jags. It would do a disservice to true Jacksonville fans who might stumble upon this post. I don't watch them play, and I suspect most people don't watch them play. If I wanted to make fun of them, it'd be some half-assed riff on how we all know nobody cares about the team. Hell, there's a reason why FOX is sending Kenny Albert, Daryl Johnston and Tony Siragusa to cover the game.

Here's my prediction: The Bears will dictate this matchup on both sides of the ball and win by three scores, but I won't be able to recycle my Tweet from above because this time nobody will stick around to watch the blowout unfold. Sorry Jags fans...for everything.

Last week, my father had lost all hope and was certain the Bears not only weren't any good, but didn't try hard either. It was at this point that I called my figurative bookie and made a very large pretend wager. When all hope is lost, when Chicago is at it's most absurdly cynical, the Bears always come back and win (unless Caleb Hanie is behind center.) It's pretty much the reason that Lovie Smith still roams the sidelines.
The Jaguars bring with them a degree of Bear kryptonite: the expectation of a Chicago victory. It's easy to see why: The Jags are last in the league in points scored and last in yards per game. Defensively, they're not a whole lot better, ranking 30th in rush defense and logging two sacks in four games (I'm sure they were both really awesome sacks though, Jags fans. Swim moves and everything.)
Jacksonville's weaknesses play into the Bears' strengths, and as such I expect (while cringing) that Chicago will be able to establish the run and keep the balance that served them so well in the Palace Jerry Built last Monday night. Defensively, Mojo Drew is still an elite back but has little help and lacks the explosion of his first five years in the league. Chicago's run defense is consistently great - it's only weakness being the occasional gasher - and MJD is no longer a home run threat. Blaine Gabbert is the blond Rex Grossman and top wideout Laurent Robinson will not play due to a concussion. There is, basically, no reason at all for the Bears to lose this game. That fact alone is the only thing that gives me pause.
The number one story on the Jags website is that there will be less tarps covering seats at Sunday's game. Thank christ I'm from Chicago.
Prediction: Bears 27, Jags 10
Dennis Tarwood 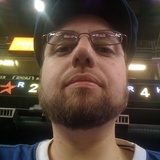 Enough of this "old guys gettin' it done" narrative about the Bears' D. It's worse than seeing a middle-aged guy in a Hawaiian shirt and Vans in a crowd of college kids. (Which is why I avoid college kids.)
Show me you can do it 18-19 times in a row while keeping the depth chart relatively stable and then I'll buy you all a Landshark and listen to you brag about driving your daughter to college in your new Camaro.
Not for nothin', but which shows more owner hubris: no NFL team in Los Angeles or the continued presence of an NFL team in Jacksonville, FL?
Zach Martin (@ZWMartin) 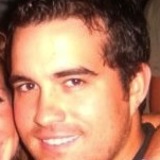 You know those days when you wake up hours before your alarm clock goes off and can't fall back asleep because you're dreading a project at work that is due at the end of day? Then you realize that you don't even get to have a real lunch break because you have a dentist appointment to fill in a cavity and to look into that "problem root" under your right molar? Then it sleets? Then your girlfriend breaks up with you? Then your dog dies? Then you write a shitty country western song that you can't finish because your A-string breaks and you're fresh out replacements?
That is probably what it's like to be a Jags fan.
As the other Zach mentioned, this team is hopeless and really bad. If it's close at all, I'd be surprised. If it IS close, expect the worst kind of things to be spewed from your car speakers Monday morning. Lets hope it's not like that. Lets hope that, for once, Jay Cutler and the Bears just do what they're supposed to and win handily. Please? For my sanity. And my dead dog.
Prediction: Chicago Bears 34, Jacksonville Jaguars 6
Joe Gems 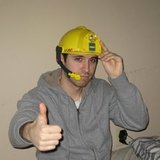 Maurice Jones-Drew, the only recognizable Jaguar to anyone outside of Jacksonville, held out for 38 days this offseason looking for a new contract. Like Matt Forte, MJD felt his production warranted a pay raise -- one that would put him amongst the highest earners at the running back position. And like every other NFL team, the Jaguars weren't too keen on paying a running back big money into his 30s. Despite not getting that new contract, MJD's production hasn't dropped off this year. He's the present, still Jacksonville's best offensive player, although pretty clearly not part of the team's future plans beyond the two years left on his contract.
Quarterback Blaine Gabbert and receiver Justin Blackmon are the future being thrust into the present. They're both talented, albeit very raw. Blackmon's best game of the season came last week against Cincinnati (6 catches for 48 yards). Defensively, I'd expect the Bears to stack the box to try and neutralize MJD. They're going to force Gabbert to beat them with his arm. The same Blaine Gabbert the Jags' coaching staff may or may not yet trust to microwave his own frozen dinners at the team facility. Needless to say, Jacksonville's offensive growing pains should be on full display Sunday.
Offensively, I look for the Bears to establish Forte early and often. The Jags run defense ranks near the bottom of the league. This should be the perfect opportunity for Forte to get back into the swing of things heading into the bye week.
Prediction: The Bears continue the time-honored Jacksonville tradition of an initially peaceful afternoon at the beach that somehow devolves into a couple hundred dollars of property damage and a murder rap. Bears 31, Jaguars 13