It's the glorious return of Dubs Dread, everyone's favorite sports column not about sports, but totally about sports. Today Z.W. "Dubs" Martin dissects the Bears as it correlates to his new "profession" -- trading.

Back when TUP wasn't on its last breaths, I would write something called "Dubs Dread". Dubs, of course, is my alter ego. In short, Dubs is kind of a dick. Anywho, Ricky named the column after the famous #4 course at Cog Hill. That made sense. Bobby thought it was named after Judge Dredd. The movie. Starring Sylvestor Stallone. That did not.

The basis of the column was fairly simple. As my friend Jon so elegantly put it, "That thing about sports, but not about sports." Exactly. You'll get the drift.

I started trading currencies on Tuesday. This Tuesday. As in two days ago. The forex market is what they call it, apparently. I've studied up, read everything I could, shadowed my forex trading friend Elmo whenever he would tolerate me and tracked EUR/USD graphs like Bill Belichick watches film. It became somewhat of an addiction. An obsession.

I had noticed a pattern for about a week that when the U.S. markets opened the EUR/USD would be obnoxiously high in favor of the Euro. I waited for the market to open and sold the Euro (in other words, I am betting the dollar will get stronger/Euro weaker). At first, it looked dumb. The market supported the Euro for a bit, but then settled and my strategy worked. I felt I knew what was going to happen. I knew what I was seeing, trusted my read and felt I had a good handle on how the market was trending. I felt I knew forex, at least for a day. (Or as much as one can possibly understand something that transmogrifies as much as the currency markets.)

That's how I feel about this Bears team. I know them. I think. ("The Bears are who we thought they were.") They are on a clear bullish trend up towards legitimately "elite". The line has improved as Mike Martz has finally elected to chip with tight ends and backs, Jay Cutler is playing like a kid out there (that was a Favre joke), the defense mixes man and blitzes with the cover 2 and, of course, Matt Forte is doing his best Marshall Faulk impression. I know this team.

My second day of trading -- yesterday -- was not as fruitful. I was noticing a very "short" pattern of an ebb and flow falling within the same 20 or so pip region (roughly $200). Looking back, with the news of Greece and, more importantly, Italy looming extremely large over the Euro, I should not have bought the Euro regardless of what the pattern was showing me. Clearly, $200 is not worth "betting" against the world's news.

However, at the time, I was blinded by the light of a quick buck. I clicked "Buy" and the Euro almost immediately nosedived into oblivion. My +/- tracker shot down to -$400 in an instant. My heart stopped for a second, maybe two, perhaps three. What the shit did I just do? I thought I understood forex. I knew the patters, the tendencies, the indicators. Boy, was I wrong.

Author's note: I now understand why people who invest money get severe coke problems and slick their hair back (otherwise they'd rip it out. BOOM!). 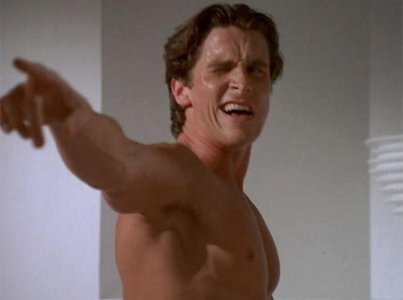 But, really, aren't the Bears just the same? They have proven time-in-and-time-out to be just as volatile as the markets (and my trading strategies). They have a tendency to mix absurdly bad losses with inspiring victories causing us to question everything, just as I did after my second day of trading. Do we really know who they are? Will Chicago return to a porous offensive front against Ndamukong Suh and the very scary Detroit defensive line? Is the Bears defense really this good or was a bye week and the Eagles inability to attack Chicago's safeties really the cause? Ricky said on our podcast that his confidence in the Bears is a B+. I'm not so sure. Yet.

Monday showed the Bears are on an upward trend. Outside of two Forte fumbles, the Bears dominated the Eagles on both sides of the ball. It really wasn't that close (other than the score). Unfortunately, Detroit, like the uncertainty in Italy, can turn that performance, along with the last few hopeful weeks, into a massive -$400 bath on the forex market (FYI I recovered. A bit. Still in the green!). Since then, I taped a sign over my desk that says, "Patience Is A Fucking Virtue". I tend to stick to that plan. 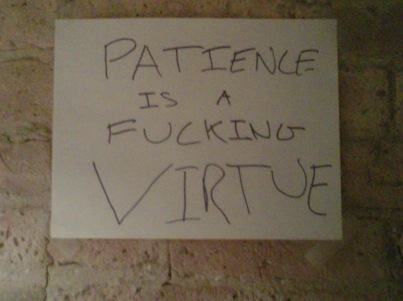 All indicators are predicting the Bears to do just fine Sunday against the Lions, but until the game comes to a close, we truly won't know if this Bears team is riding a bull towards a massive payday or are just Bearish. 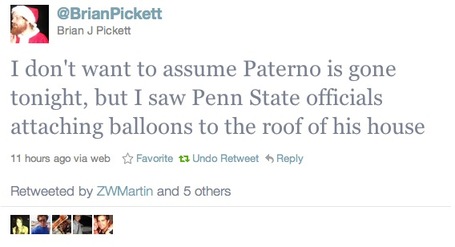 Dubs Dread: Photoshop of the week 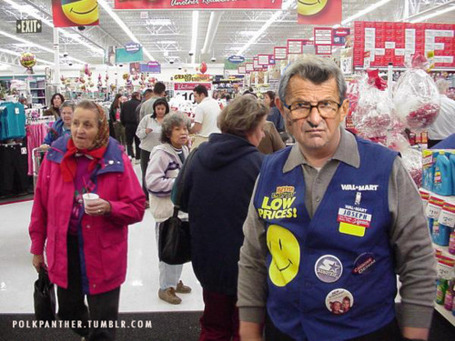 Last night, Joe Paterno was fired. In response, thousands of Penn State students took to the streets in protest and rioted. Somehow the coverup of a rape of a little boy became about JoPa. That is wrong. I think this tweet sum up my feelings best on why these actions sicken me. 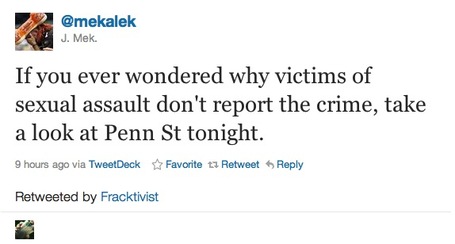