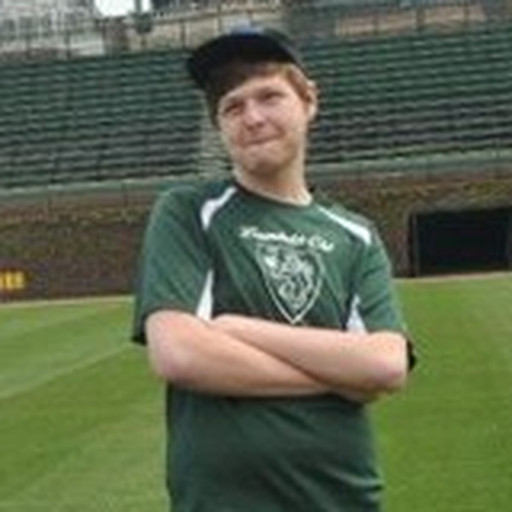 Rodger Sherman is a junior journalism student at Northwestern University. He might be from New York, but his experience with the Knicks, Jets, and Northwestern Wildcats has accustomed him to be able to understand the psyche that Cubs fans seem to enjoy so much. He considers Space Jam to be a great work of cinema. He is also is the editor of Sippin on Purple, SB Nation's Northwestern sports blog.

The Chicago Bulls had been looking to cut payroll before the deadline, possibly dealing Rip Hamilton, but instead, they didn't make any moves -- good news for their short-term on-court success, bad news for their finances.

General manager Rick Hahn said the Chicago White Sox are looking for a lefty to bolster their batting order.

Joakim Noah is having a career year due to his 39-plus minutes per game of playing time, the second most in the league. Noah says he has to remain more aware of how he treats his body to avoid inconsistency.

Bears, Cutler not worried about extension yet

Jay Cutler's contract with the Chicago Bears expires after the 2013 season, but neither he nor the team are worried about signing an extension in the immediate future.

Lovie Smith said he realizes that the way the Chicago Bears finish the season could determine his future with the franchise.

Notre Dame's recent success, both on the field and off, has had a payoff with top recruits looking for an academic challenge in college.

The Chicago Bears won seven of their first eight, while the Green Bay Packers have won seven of their last eight as Chicago has fallen off. The Bears don't need a win Sunday, but a loss could hurt their playoff hopes and end their divisional chase.

Brandon Paul won his second career Big Ten Player of the Week award for scoring 35 points in a big win against a Gonzaga team that entered their matchup against Illinois undefeated.

Gavin Floyd looked good in his return from the disabled list, striking out seven in four innings for the Chicago White Sox, but struggled in the fifth inning.