Jim McMahon, who as quarterback led the Super Bowl XX champion Chicago Bears, is on the cover of Sept. 10's Sports Illustrated for an article entitled, "The Women Behind the Retired NFL Men Who Suffer From Brain Trauma." McMahon's girlfriend, Laurie Navon, appears on the cover with him and tells SI that she noticed behavior changes in McMahon in early 2007. Since that time tests have revealed that he suffers from early onset dementia. 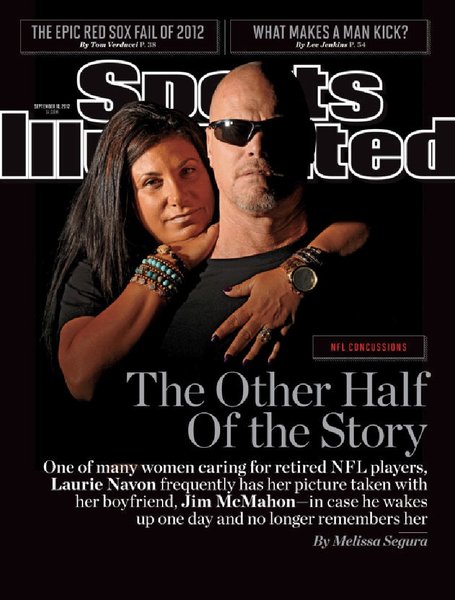 McMahon went public with his brain issues in November 2010 when he told the Chicago Tribune, "My memory's pretty much gone."

McMahon suffered a number of concussions over the course of his NFL career.

Also featured in the article are Dave Kocourek and his wife Mary as well as Ray Easterling and his widow Mary Ann Easterling.