The Replacement Officials are gone but should not be forgotten

The touchdown call that went against the Packers was a travesty, no doubt, but it pales in comparison to some of the mistakes replacement officials have made in their less-than-illustrious careers.

Share All sharing options for: The Replacement Officials are gone but should not be forgotten

The NFL and NFLRA have reached an agreement to end the 4-month long lockout. The regular refs will make their return in tonight's game between the Ravens and Browns. Things will soon be back to normal in the fast-paced world of football, where the replacement officials will eventually be remembered as a minor, three-week inconvenience. Well, "minor inconvenience" to every team except the Packers, the only team that can point to a single blown call that undoubtedly cost them a win. Thanks for taking one for the (other) team(s), guys.

The replacement officials will soon be a distant memory, but it is important not to forget the way they directly and indirectly impacted this NFL season, just as they've helped shape the world we know today. They've had no effect on the world, you say? What? How can you be so short-sighted? Have you already forgotten the enormous role they played, for better or worse, in some of America's defining moments? Here's a quick refresher. 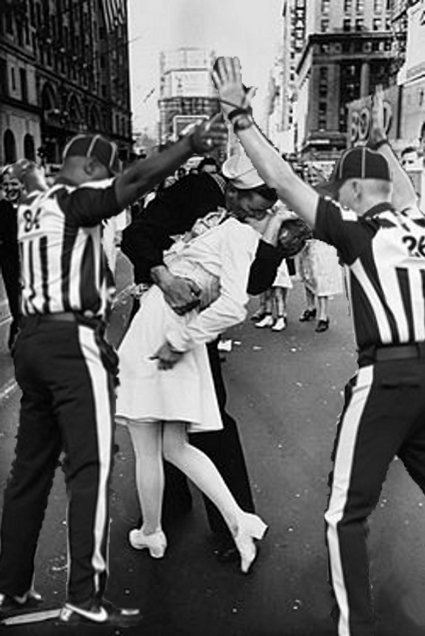 The sailor kissing the woman in a white dress should have been one of the most touching moments of spontaneous celebration ever captured by photograph, but was instead ruined by a terrible officiating gaffe. The referee on the left misheard President Truman announce the end of the war with Japan and signaled the celebration dead. Meanwhile the referee on the right heard correctly that the war was over, and ruled the celebration good. Their momentary confusion would have a crippling effect on our nation's history, as college girls would have an incredibly difficult time finding a suitable poster to put on their dorm room walls. 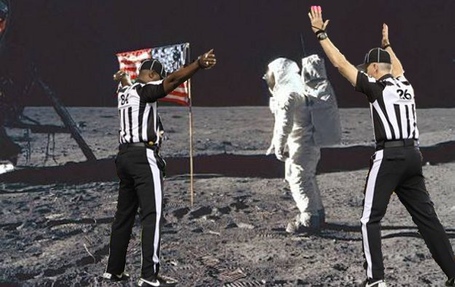 In July of 1969, Neil Armstrong became the first man to walk on the moon. But did he? Speculation remains to this day. "One small step for --," Armstrong began before being cut off by the replacement moon officials. The referees could not agree on whether Armstrong got both feet down in bounds. Bereft of instant replay on the moon, the officials determined the moon landing to be a hoax. Space possession was handed over to the Russians, who successfully completed their moon landing. This was perhaps the most controversial decision the replacement refs have ever been involved in. 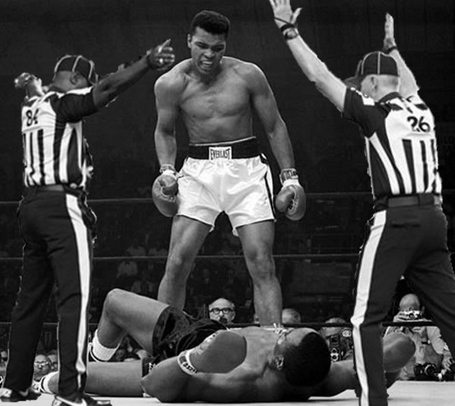 The Monday Night Football game between the Packers and Seahawks was not the first time replacement officials would drastically alter a sporting decision. That moment came in a 1965 rematch between Muhammad Ali and Sonny Liston. The officials could not synchronize their counts correctly, allowing Liston to get up and continue to fight. Liston, rumored to have taken a dive for money, would go on to defeat Ali. His victory resulted in tens of millions of dollars being lost in what were previously thought to be 'sure thing' bets. The corruption inherent in boxing would be brought to the forefront much earlier because of the replacement officials' decision. 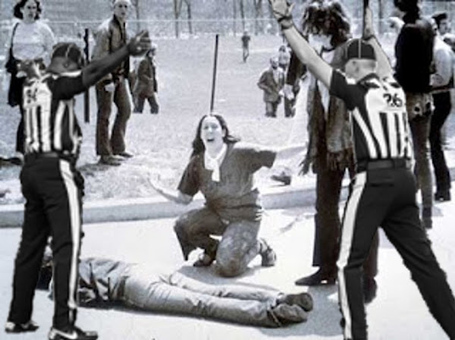 One of the most despicable events in our nation's history occurred on the campus of Kent State University in 1970. The Ohio National Guard opened fire on a crowd of students protesting the US invasion of Cambodia. Mary Ann Vecchio, the young woman picture above, called on the replacement officials for help. "Send help," she pleaded. "My friend has been shot. Please call an ambulance."

"Interception," ruled one official. "Touchdown," ruled the other. "THIS IS NOT FOOTBALL," Vecchio could be heard crying frantically. "What is wrong with you people? What are you looking at? THIS IS NOT FOOTBALL!" Historians believe this to be the watershed moment in young people's distrust of the replacement officials. 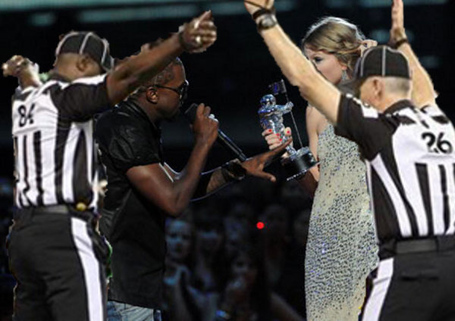 Americans with nothing better to do became momentarily divided one cool night in September. As Taylor Swift accepted her award for Best Video at the 2009 VMAs, Kanye West stormed the stage and grabbed the mic from Swift. West, likely drunk off Hennessy, felt that Big Brother's wife was more deserving of the award.

"Yo Taylor, I'm happy for you. Ima let you finish --," West started. Then, in what can only be described as a delicious bit of irony, Kanye West's speech was interrupted by the replacement officials. The officials, upon seeing the award nuzzled between two people, could not come to an agreement on who the award belonged to. The nation's brightest young minds vented their frustrations on the internet. Some believed Kanye should have let Swift finish. Others felt like it was rude and uncalled for for the replacement officials to interrupt someone who had already interrupted someone.

Debate raged on. Posters eventually came to a consensus -- Kanye West was wronged most in this incident. What sealed the debate was a comparison of what the two parties had offered to the public. The replacement officials had previously worked jobs such as 'chemistry teacher' and 'insurance salesman' -- work young people felt had little to no bearing on their lives. While they acknowledged West was an asshole, he also made very enjoyable music, an act young people felt effectively wiped his slate clean of any wrongdoing.

The replacement officials' folly is believed to have set back internet meme culture a good ten years. 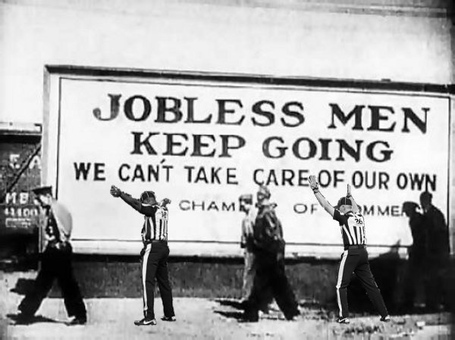 The replacement officials are people too. In tough economic times, they struggle as much as we do. Here they are during the Great Depression era looking for work. Those who don't have jobs lined up will be back in the unemployment line this week. First publicly shamed, and now subjected to a state mandated drug test before operating heavy machinery. 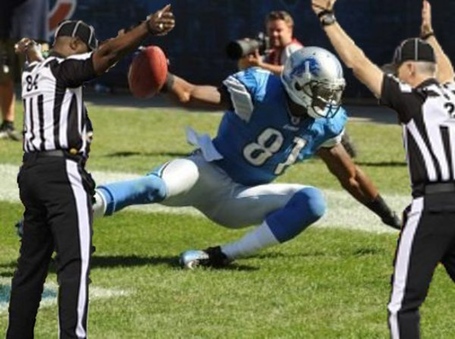