The Cubs are a Beach Boys Album

Share All sharing options for: The Cubs are a Beach Boys Album

The Cubs have been lounging around California for the past week, doing all of the normal touristy things, in addition to losing a few baseball games for good measure. A loss tonight and they conclude their road trip at 0-6. San Diego, where they're currently lounging, is a city known for it's surf culture and laid-back attitude. It may not be readily apparent, but the Cubs share many similarities with the city itself. The "I don't give a shit"-approach towards things is the easy connection. The surfing, however, is not as obvious. But with a little bit of crate digging, you'll come across The Beach Boys' 1963 hit, Surfin' USA. This album has come to embody the surf culture on the West Coast, and criminally overlooked as a perfect representation of the 2012 Cubs as of late. Everything from the song titles, to the lyrics, to the instrumentals, make the connection undeniable. Have a look at the track-by-track breakdown for further proof. 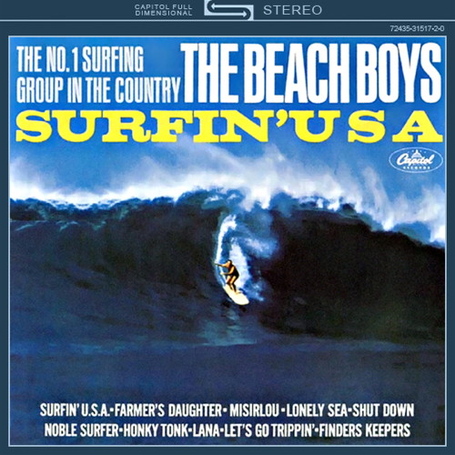 The Cubs have not won a World Series since 1908. How long is too long?

It was mighty grand

Hope to see you again

Campana sent back to Triple-A

Baker shipped off to a dark, dark place

Finally room for Jackson and Vitters


This pain in my heart

These tears in my eyes

Buddy, gonna shut you down

There's nothing to gain from Garza returning to the rotation this year. He probably would have been traded this year if his value wasn't at an all-time low. Shut him down for the rest of the year and hope for a Dempster-esque first half next year.


He's not afraid of body whop

From ten feet or more

He never backs away from a swell

The Noble Surfer here is clearly Anthony Rizzo. He can do anything, and manages to be the present and the future all at once. Not to mention, being the "savior" of the Cubs is like staring down a giant wave, if that giant wave appeared every day for the next 12 years.

It's Heaven I've been told

"Winning a World Series is heavenly." - The proper English translation of what White Sox and Cardinals fans tell us everyday.


He took off on a swell

When he saw the flag

Pullin' some kind of gag

Seriously, how is it, with all the positive player movement as of late, Joe Mather is still on this team?