The Chicago White Sox's managerial change from Ozzie Guillen to Robin Ventura has certainly been a net positive this season, though it's difficult to assign an exact value to Ventura's quiet and steady leadership. Ventura and Guillen have plenty in common circumstantially; each was a beloved former player on the South Side in the '90s, each was an unconventional hire by Kenny Williams with no previous managerial experience. The two could not be more diametrically opposed in the personality department, though. While Guillen lives to make waves, Ventura goes to great lengths not to rock the boat. Whatever Venutra is doing this year is working, even if it's nothing more than trusting his veteran players and trying to stay out of the spotlight.

To wit: when Comcast SportsNet revealed some pictures of the White Sox in decidedly loud pre-game clothing before their date with the Seattle Mariners on Sunday, and Ventura claimed responsibility, it struck me as the first even somewhat memorable moment of his managerial tenure. Ozzie routinely caused national firestorms and was even sent to anger management for post-game comments; Ventura makes his players wear bell-bottoms. You could say the culture has changed on the South Side.

Pictures, after the jump....

The great Michael Schur once deemed Kevin Youkilis the "classic baseball hardass". Maybe so, but Ty Cobb totally would have spiked a lesser man for those pants. 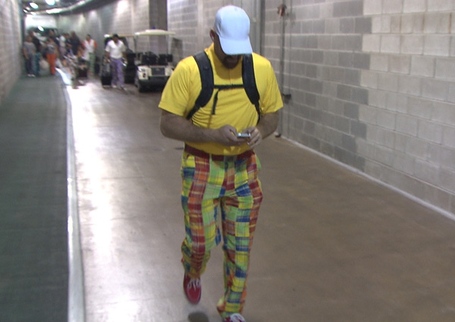 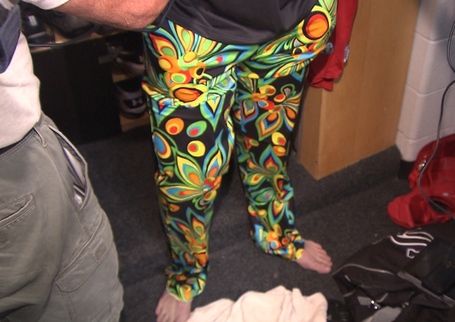 The gold medal for White Sox fashion goes to these gold shoes by emerging Cy Young candidate Chris Sale. He's got to be, like, 6-foot-9 with those things on. 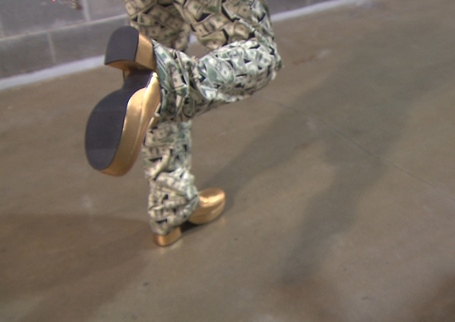 Alexei gets my vote for the player who pulls it off the most seamlessly. He looks right at home. 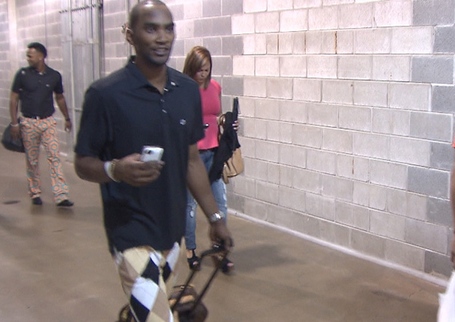