I'll Have Another Officially Out Of 2012 Belmont Stakes, Says Trainer Doug O'Neill

Share All sharing options for: I'll Have Another Officially Out Of 2012 Belmont Stakes, Says Trainer Doug O'Neill

Doug O'Neill: "I'll Have Another is officially out of the Belmont."

Dullahan is set to benefit from the most for this development, but NBC executives and horse racing fans everywhere are likely devastated by the news that Triple Crown hopes have been dashed before the race ever starts. 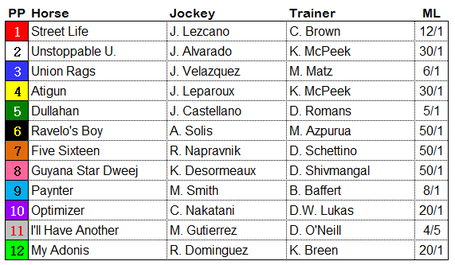 For more, check out SB Nation's horse racing blog And Down The Stretch They Come. There, you'll also find a A Beginner's Guide To Following Horse Racing and a glossary ofhorse racing terms.