Share All sharing options for: The Essential Marquis Teague Profile

Another NBA draft has come and gone and so too has the madness that follows it. We, as a basketball-breathing community, collectively come to the realization that the season is over and isn't coming back for a while. Or never coming back, as it seemed last season. This collective realization produces an unparalleled wave of lunacy during the summer months. The last few days we've seen perfectly sane, respectable adults claim to be able to predict the future. In December, these type of proclamations would get you shot, or at least thrown in jail for 24 hours. But come draft time, no one bats an eye at the fortune tellers. In fact, we encourage them. Even worse are the sportswriters, who are even more prone to bouts with delusions of grandeur in trying times such as these. They're not just predicting the future, they've ALREADY predicted the future and love to remind you of it. We're forced to ingest crap like this:

"I said back in 2006 Player X would average between 7 and 20 points per game during his first six seasons. Most saw him as a boom or bust type."

"Player Y was recently caught soliciting an undercover (and underage) Taiwanese prostitute at a Citgo gas station. This coming after a three-game suspension, apparently in connection to a gambling dispute with a teammate. CHARACTER ISSUES. I emphasized them."

I too have been a prisoner of the moment. Back in April, I nearly sabotaged my journalistic credibility over an athlete as miniscule as Marlon Byrd. I thought I had the scoop, a plausible angle that was getting no play from the big boys. Turns out, Marlon made a fool of me and the lactose-intolerants(?) of the world. He credited his weight loss to a dairy allergy, when in reality, he quit juicing. His performance suffered and he was subsequently traded and later cut by the Red Sox. He got back on the juice to try and land a job with a pathetic playoff hanger-on such as the Pirates or Indians. When news broke that Bryd tested positive for PEDs, I spiraled into a severe depression. I had been duped, publicly embarrassed in an time when all writing is archived, and left to question my ability to offer a bold take on something I couldn't possibly know for certain.

Then the NBA draft came around. The Bulls drafted Marquis Teague with the 29th overall pick. I know everything there is to know about Marquis Teague because what's the point of talking about the draft if I don't? I know his strengths, his weaknesses, his measurements, and what he ate for breakfast this morning. Unfortunately, I cannot reveal the last bit of information for privacy reasons. I know how his game projects at the next level and what the real draft order should have been. I would have went into more detail about that stuff but this Marlon Byrd mess is still weighing on me. 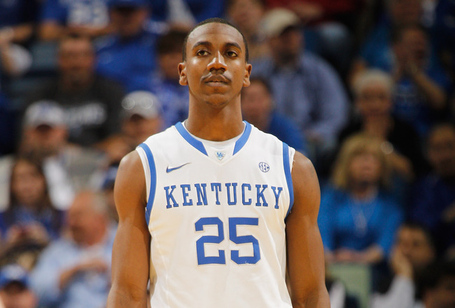 WINGSPAN: 6'7.25" - Some scouts believe the extra ¼ of an inch is the difference between a 10-year NBA career and putting out forest fires in Colorado for a living.

STRENGTHS: Tremendous speed and athleticism. Spent a year in Kentucky and didn't develop lung cancer. Good pick and roll player. In the words of Coach Calipari, "We won those last two [NCAA Tournament] games in a large part because how Marquis Teague played." This is the least vague statement Coach Cal has ever delivered. Sees the court well. Has lived his entire life up to this point with no problem being overshadowed. Has the ability to penetrate. Always volunteers the window seat on team flights.

WEAKNESSES: Not a great perimeter shooter. Hasn't seen a single episode of The Wire. Struggles finishing at the rim. Red Lobster Cheddar Bay biscuits. Turns the ball over too much. Excessive amount of Drake on the iPod. Interested in other things besides "winning" and "sliding his feet."

CEILING: Stand-in for brother Jeff Teague during the 2014 taping of The Association: Atlanta Hawks.

PROJECTION: Ideally, Teague plays some valuable minutes as the backup point guard his rookie year while Derrick Rose recovers from left knee surgery. Or he sits on the bench and "learns" from John Lucas III and whichever 18th year player the Bulls decide to sign for the veteran's minimum. Neither situation is recommended as both will result in a number of anxiety disorders.

Teague takes a liking to the Thomas the Tank Engine backpack his teammates force him to carry around. Nevermind the fact it's filled with tampons; nobody is going to find out about that. The press interpret his backpack-wielding as one of the many purposefully ironic fashion statements put forth by today's young players. They're wrong. He likes the thing, especially the way Thomas' eyes follow your every move.

Joakim Noah calls Marquis "Marcus" up until mid-December, when he finally works up the courage to correct him.

With a 4-5 playoff matchup against the Atlanta Hawks looming, Tom Thibodeau calls Marquis into his office after practice.

"Great job out there and I'm not very good at this so I'm just going to come out and say it. I need you to infiltrate the Hawks' practice facility. Quick: rattle off your brother's age, date of birth, and social security number. WHAT ARE YOU WAITING FOR GODDAMNIT?"

"Serious? Me? NO. NO. Basketball is a game of jokes and flower beds. Get Him. Get Him. OH GOD. Where's Omer??? I haven't seen him since last April."