Tom Ziller's latest NBA mock draft may not surprise many with the suggestion that F Anthony Davis will go No. 1 to the Charlotte Bobcats in the upcoming 2012 draft, but Ziller's projections for Davis's total impact might shock a few analysts and fans:

Camby, the rebound-hogging points-fiend, plus Griffey, a Hall-of-Fame-likely baseballer and one-time young phenom, plus a wallaby, a fuzzy, jumping animal, plus Kahlo, an artist who painted mustaches and sometimes people too, could very well make Davis, if not the savior of the the listless Bobcats, at least a cultural attraction in Charlotte unrivaled in previous seasons.

Here is a visual approximation of Anthony Davis without his shirt on, courtesy of the SB Nation Advanced Research and Invention Department: 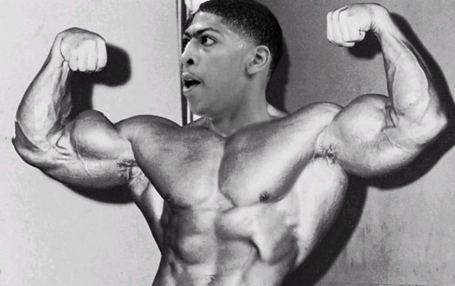 For updates, stay tuned to SB Nation Chicago. For more coverage of the NBA as the draft approaches, check out SB Nation's NBA news hub.