Bob Saget, the often foul-mouthed comedian best known for his starring role in the '90s sitcom "Full House", inexplicably sang the national anthem at U.S. Cellular Field before Saturday's afternoon meeting between the Chicago White Sox and Cleveland Indians. Seriously: Danny Tanner dropping the Star Spangle Banner. I have no idea how this happened, but each and every child of the '90s has to find it pretty great.

We have a picture of Saget at the mic in a Sox jersey, after the jump... 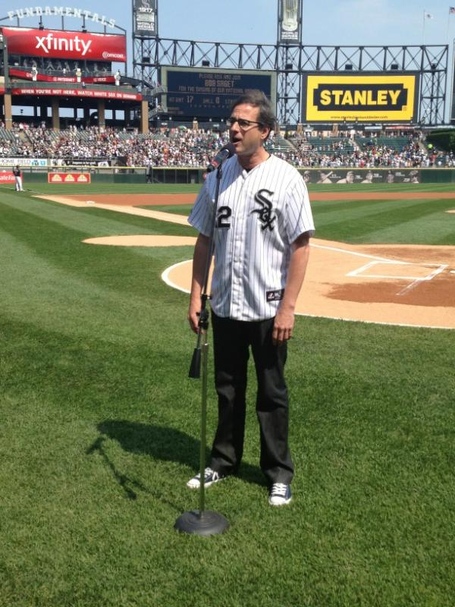 While video has yet to surface, we'll be sure to post it here when it does.

What a week for the weird '90s celebrities and the White Sox. First, Snoop Dogg threw out the first pitch on Thursday. Now Danny Tanner is singing the national anthem. Jessie and the Rippers were booked, I guess.