Dale Sveum Sees the Doctor About a Mysterious Rash

Share All sharing options for: Dale Sveum Sees the Doctor About a Mysterious Rash

Dale Sveum is still seething. Different office - this one in Houston. Same lucky red hunting cap. Different bottle of Wild Turkey. Same managerial concerns. This week, Sveum deals with the humiliation of losing the prestigious BP Cup. His team also just took one on the chin to the Houston Astros - once thought of as the only team standing between the Cubs and last place in the Central. Sveum needed a string of singles for his team to produce 4 runs in the 9th. This type of production is normally a cause for celebration, except his boys were down 8-0 and a mere 4 runs only made the final score look respectable. Three-card solitaire isn't helping to spark the solutions it normally does. It appears Sveum has exhausted all of his options, and to make matters worse, he's suffering from a bothersome rash on his right arm. Sveum calls in the team doctor to check it out. 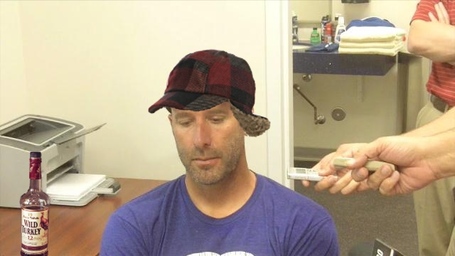 "Doc, you gotta help me. My elbow's been on fire since the weekend."

"Which elbow is that, Dale?"

"Alrighty then. Let's have a look." 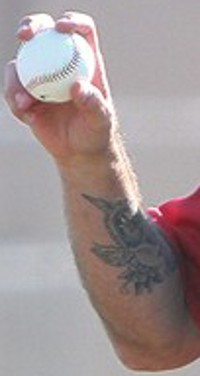 "Interesting. Interesting," the doctor repeats as he examines Sveum's elbow. "And when did this rash start to flare up?"

"I think it was Saturday sometime. Yeah, Saturday. Before the game."

"Interesting. Interesting. And have you ever experienced a rash similar to this one before?"

"Any other problems in the elbow area prior to this? Particularly skin problems?" 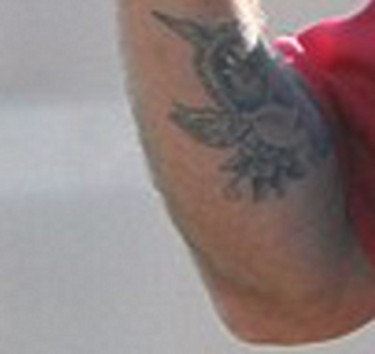 "Does this hurt," the doctor asks as he rotates Sveum's arm back-and-forth, then side-to-side.

"Were there any activities you took part in the last few days where you noticed the rash seemed to flare up more than usual?"

"Outbreak?!? What the hell is going on?"

"Don't be alarmed, Dale. Let's not jump to conclusions. This rash SHOULD be treatable. Let me take a closer look." 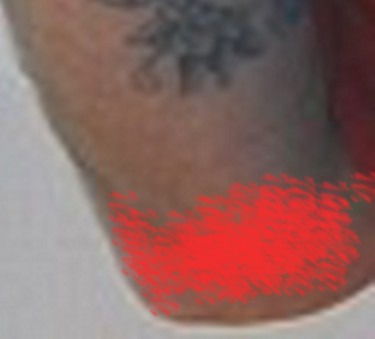 "Have you applied any lotions or special creams to the infected area?"

"No. I was kinda hoping it would go away on its own."

"Hmm. Well, Dale, I can already tell you it isn't going away on its own."

"Is there treatment available to me at this time?"

"Unfortunately, no. We have nothing at the moment. We should have something in roughly 15 days."

"What is it, Doc? What have I gotten myself into?"

"Perhaps I can best explain it to you by presenting a close-up of the infected area." 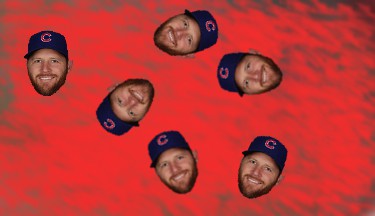 "As you can see, Dale, you've got the Koyie Hill disease. Or as we call it in the profession: Hillulitis."

"How could I have been so careless? I must've been bitten by a bug or something."

"Quite the contrary. In your case, Hillulitis could not have been avoided. You've had three catchers go down in the span of one month. That's extremely rare. In fact in all my years practicing medicine, I've never seen a case like this."

The doctor continues, "We've taken great pains to try and rid the club of Hillulitis. Quade and Sweet Lou suffered from it too, ya know? We thought this year we'd finally came up with a solution, with the promising minor league catchers and all. Sometimes things don't go as planned."

"Many people have gone on to live long, joyous lives with Hillulitis. You just have to temper your expectations a bit. For instance, never expect anything from Koyie but a swinging strike at the plate. I know he got a couple of knocks yesterday. Strange things happen after Hillulitis' early onset. You musn't expect another hit for at least the next three weeks."

"OK. It's not like I was getting production from the 8th spot. Or any spot for that matter."

"That's the spirit. Think of how bad you're lineup already is. Adding Koyie really doesn't make it much worse!"

"Yeah, yeah, you're right, Doc. I can live with this just fine."

"Of course you can. Your guys should be back in no time."

"I feel better already. We're going to go out and get this 'W' tomorrow!"

The Doctor leaves Dale to his Wild Turkey. He takes a long pull and smiles at the good news. He's not going to die! He is still managing the Cubs, however. Take the good with the bad. The Ying and the Yang. Can't let this gig get you down, Dale, my man, he mouths to himself. You still have a whole lotta living to do.