The hunt for a new basketball coach appears to have come to an end for the Illinois Fighting Illini, who are reportedly set to hire Ohio Bobcats coach John Groce. Much was made of Illinois' inability to land their top targets -- namely, VCU's Shaka Smart and Butler's Brad Stevens -- and today the fine folks at the Mothership pointed out a little factoid that really hammers the point home: it was only earlier today that Illinois assistant Athletic Director Kent Brown started following Groce on Twitter.

We have a screen cap, after the jump. 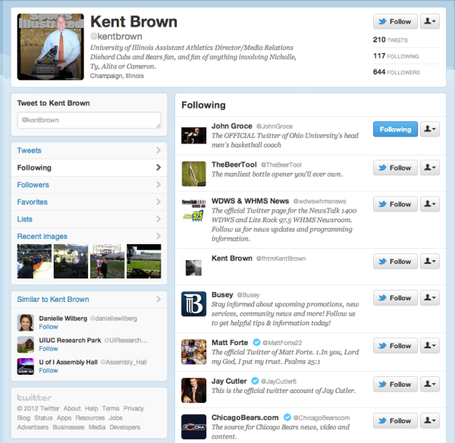 Whether Groce was the first choice of the Illini or not, he certainly proved his coaching ability by leading the Bobcats to the Sweet 16 this year.