Late Monday night, the cover model for the 2012 Sports Illustrated Swimsuit Issue was revealed on the Late Show with David Letterman. This year, Kate Upton got the honors. Upton also was featured in the 2011 Swimsuit issue.

You can see Upton's cover shot after the jump. 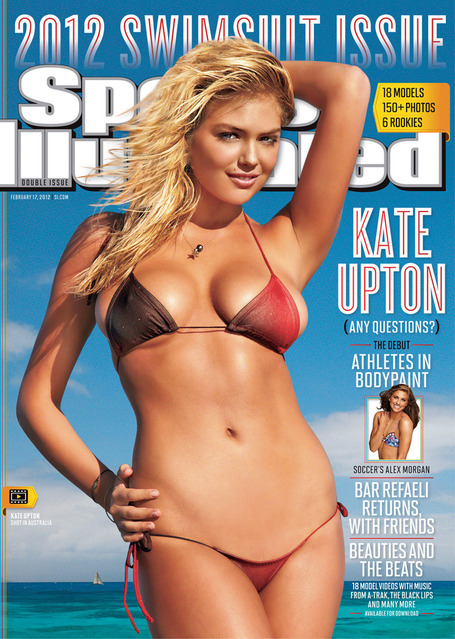 There's much more to check out at the 2012 SI Swimsuit site.