After getting a glimmer of hope last week, SBN Chicago's Bobby Loesch is appalled to see college football rear its ugly face all over again -- on and off the field.

"There are still things to love about college football—I mean, Denard—but increasingly they are surrounded by crap that you tolerate."

That's basically where I stand right now with college athletics. Because, friends, last weekend, it all came crumbling down. Why rehash with detail, when we can bullet point and help gloss over our pain.

After last year's inSECstual title game, I was so positive there was nowhere left to go in college football but up. It wasn't something I nervously was telling myself ("it'll get better, it'll get better, it'll be better"), no -- it was something I legitimately believed. But it was naive to think we'd bottomed out as fans; it was so naive. Because now we're in a situation where we legitimately *have* to root for an SEC team to win the national title.

Because that's how life is now.

Selective Hits On The BCS Top 25

1) Notre Dame: The only unbeaten team left in all the land... who'd be double-digit underdogs to any other team in the Top 5. Listen, Irish, I'm a bitter, defeated man, but it's hard not to give you at least a little dap. As Jay Electronica would say, you went from MySpace to the top of the food chain. The rise couldn't be called anything but meteoric. But sensible Notre Dame fans know this team sucks. When I say "sucks", I don't mean "bad" -- they're just not a super elite squad. And that's OK, you don't *have* to be. But when you get a million breaks because of stupid idiot clowns blowing completely winnable games, you have to look the part at some point. ND should wear No. 1 well this week, but this is setting up for a shitty national title game to end all shitty national title games.

The only reason I've decided to talk about you is because two funny things happened.

a. Someone sets something on mega-fire and e-mails Deadspin saying "ROLL TIDE".

b. Alabama family celebrates Oregon's loss to Stanford. Suicide pact for me!

5) Oregon: Before your home choke against Stanford, I had about a 9,000 word Oregon propaganda piece ready for this week. I'd read Grantland's article on Chip Kelly and his offensive background/philosophy, and I was set to excerpt the hell out of it. This week? I'm not even going to link it. Because the Ducks let me down in the worst way. And knowing Chip Kelly might leave college football after this year isn't just salt in the wound, it's duck sauce in the eye.

Baylor beat you, and because of that, I direct you all to ESPN's RG3/'Merica debacle, which is so good. It really renews my faith in hating the majority of the human race.

7) LSU: There have been better quotes, better one liners, better moments -- eating grass comes to mind -- but I don't think I've seen a better overall Les Miles press conference than the postgame from last Saturday. Found it embed worthy.

8) Stanford: Die forever. If you're so great, why can't you ever actually contend for the national title game? "Ooooh, we beat USC and screwed up everything! Let's buy rings!"

You couldn't even do it with Andrew Luck. You're the worst, Stanford. Where were you against Notre Dame? Let me spot you ten more carries on the goal line to see if you can run the ball in. Spoiler alert: you won't be able to.

19) Michigan: Michigan is two spots away from the coveted No. 17 ranking, but here's why Project 17 will definitively fail: stupid Nebraska continues to beat dumb teams who suck, so Michigan can't go to the Big Ten title game. This means Michigan will only have two games left this season: vs. Ohio State, then whoever they play in their bowl. The best case scenario is probably 1-1. And 1-1 ain't gonna get you 17. The dream is dead. Let's leave. 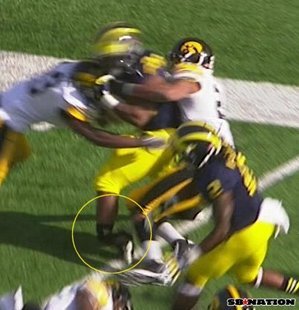 Friday
Nebraska (14) at Iowa: Typing with one hand as the other is held high in the air, solely dedicated to middle-fingering Iowa. This game infuriates me, and it's days from happening. I'm looking up the spread right now, just to hate myself more.

Haha, Iowa getting 15 points at home. Iowa could literally be given 15 points to start the game, and not only would they still probably lose, I'd still say it's possible they couldn't cover another 15.

Washington (25) at Washington State: The only way Mike Leach's year one can be somewhat salvaged is if Wazzu figures out a way to win this game. They're also getting nearly two touchdowns at home.

What the hell happened to everything? 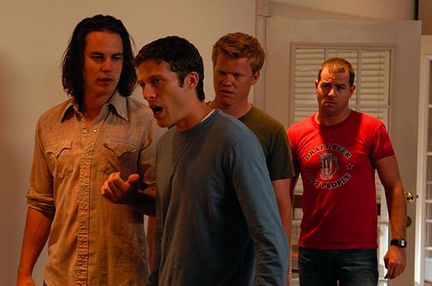 Saturday
Michigan (19) at Ohio State: Ohio State is undefeated and Michigan is playing to keep its Big Ten title game hopes alive, but don't worry, this game is totally meaningless because, about 15 years ago, players completely unrelated to this Ohio State team were cool and got free tattoos because they have fantastic football abilities. Only the ass backwards NCAA could ruin The Game. What a piece of crap week, year, and era in college football. Anyone who watches college football is a moron.

Our worst case scenario is Oregon winning this game by, like, 35, right? Because really? REALLY?!

Auburn at Alabama (2): Hard to get up for a this sacred rivalry game when Alabama is currently making Keep Gene Chizik shirts.

Florida (3) at Florida State (10): This is probably our Game of the Week, which is pretty cool because it doesn't really even have national title implications.

South Carolina (12) at Clemson (11): Here's Clemson Tom's Cocks hype video. Dude is locked in this week. And he was gracious enough to write up a game preview for this one on, like, 10 minutes notice.

This weekend isn't just a game, it's a Civil War. It's one of the biggest rivalry games in the South. Clemson vs. South Carolina. They hate us, and we hate them. It's a passionate rivalry, and yes, it's gonna get ugly.

The game starts at 7:30 p.m. (EST) on ESPN, but rest assured, tailgates in Clemson will start at 6 a.m. There is absolutely no chance South Carolina will beat Clemson this year. South Carolina is one of the most overrated teams in college football. They have a quarterback named Connor Shaw ("Mr. Glass"). Seriously, I've never seen a QB constantly get hurt and stay hurt. He also shaves his head and looks like the bad guy from the movie "Higher Learning". I honestly think he's in a cult.

Now on their defense, they have two great defensive ends on both sides of the line. Ones nickname is honest to God, "Doo-Doo". I can't make that joke up, but seriously that is his nickname.

At the beginning of the season, South Carolina was led to believe from ESPN that they were the greatest team to ever play football, and yes, that includes the NFL. Sadly, that's not true.

My Clemson Tigers will not only defeat South Carolina, but I predict Boyd, Watkins, Hopkins, Ellington, and Ford to put up at least 60 points on their weak secondary. To say I hate the South Carolina Gamecocks would be an understatement -- I absolutely despise everything that they have anything to do with.

Excuse me while I go watch "Rocky 3", "Fight Club", and any other movie that can get me absolutely jacked up for this game. I do have an appointment with my cardiologist for Sunday just to make sure I will not have a heart attack.

Notre Dame (1) at USC: Probably our Game of the Week *last week* before everything went to hell. The only way the sport of college football could be redeemed is if Notre Dame loses this game, Alabama gets caught for cheating, and Jim Delany does a press conference with a "JK LOL" banner behind his stupid face. Because I don't see any of those things happening, it's time to wallow in the ruins of this relic of an institution. 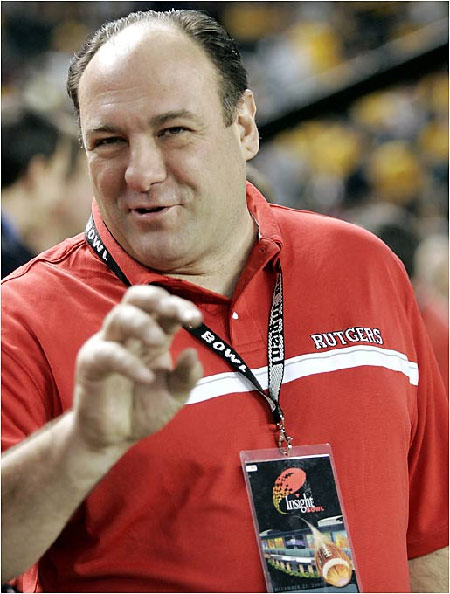 Have a crappy Thanksgiving.