Share All sharing options for: Oregon's De'Anthony Thomas Is Fast, Nick Saban Portrayed As A Nazi, Notre Dame Is Great?

I missed a lot of the action last week due to Halloween related party activities, so I'm not going to B.S. you like I watched all the games or anything, but I do know this: Iowa, Michigan, and Washington State lost, and Notre Dame won (Notre Dame! *That* Notre Dame -- they won!). Good gracious. Makes me really think this college football stuff is not additional stress I need in my life. Hearing about the outcomes vs. actually seeing them really did do a lot to help pad the blows.

Selective Hits On The BCS Top 25 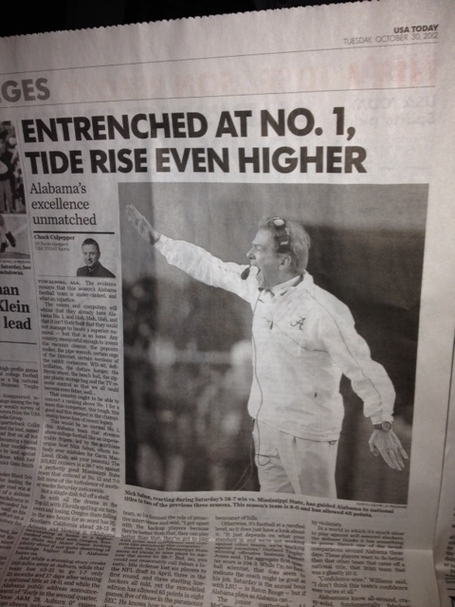 2) Kansas State: Here are the Wildcats. It's one thing to make the BCS Top 5... I mean, that's a fantastic accomplishment, but it can be so fleeting. But the BCS Top 2? How real is that? If the season ended today, Kansas State would be in the national title. Pretty cool.

(Though the season does not end today, of course.)

3) Notre Dame: A great, legitimate win over Oklahoma that could only be described as mouth-stuffing for the haters. And I know how you ND fans like to talk about haters. But dudes, where are they this week? Gets real quiet after them big wins, don't it?

Also, here's a great video compilation of Notre Dame fans talking smack about the SEC at a tailgate.

1. Everyone watch this De'Anthony Thomas punt return right now, or else you hate football. My favorite part is he picks up the punt not even facing the defense (bad fundamentals, anyone?) and does so on the 26-yard line, but not before running all the way back to the 14-yard line before breaking it all the way back for a TD. So, while it's listed as a 75 yard punt return, it's really almost closer to 90 yards.

2. Also, this video where the College GameDay guys dressed up as football coaches and conducted fake interviews probably isn't worth watching, but I'll be damned if Desmond Howard referring to himself as "Chocolate" Chip Kelly is gonna go unmentioned.

5) LSU: RIP, Honey Badger (again). I know it's Tyrann Mathieu and Tyrann Mathieu alone who keeps squandering his many, many chances at a college football career, but something about these repeated violations makes me profoundly sad. He's just such a gifted football player, and it's a bummer to not see him on the field. And it's not cocaine or domestic violence we're talking about, you know? Maybe 20 years from now -- with different laws -- he'd just be out there doing his thing, but we're not there yet, so he's treated like a heroin addict. Again, this is all on him, but the whole situation is just a damn shame. But I refuse to shake my belief in redemption.

On a lighter note, we talked last week about LSU airbrushing crosses off a picture of some fans (well, I shouldn't say we 'talked' about it when all I wrote was "Haha", but it *was* mentioned, damn it), and reader Paige writes in with an even better example. The culprit? Wisconsin! That's right, admissions officials took a picture of a black student from 1994 and added it to an application cover in the early 2000s in a horribly inappropriate attempt to promote diversity. Friends, it's, well... 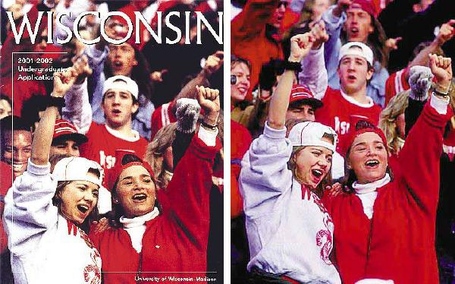 They called it an "error in judgement". Pretty remarkable. The Onion even made fun of it and everything.

6) Georgia: Beat Florida, get ranked above Florida. Winning formula! I coulda sworn Georgia lost two games, not one. I'm looking this up.

Nope, just South Carolina. But it was 35-7. A loss so powerful, it felt like two. In even lamer Georgia news, they totally duck LSU and Alabama in the SEC regular season. This could set up a fantastically undeserved SEC title game appearance.

7) Florida: Did you lose? Yes. Is it all over? Hardly. Am I about to link a Florida-based viral that can only be called "high school football bounce pass"? ...Yes.

8) South Carolina: I am so sorry, Marcus Lattimore. You'll get back and be back. And if Willis McGahee wants to do a good thing, he'll pick up a telephone.

9) Florida State
10) Louisville: An undefeated Big East team has entered the BCS Top 10! Where are your kids and wife? 'CAUSE IT BE TIME TO HIDE 'EM!!!

11) Oregon State: The dream is over, and it's a GD shame. Poor Beavs. Man, I'm glad I missed so much of last week.

12) Oklahoma: Didn't see enough of the game to call you out in the way I want to, but man, screw you guys.

Saturday night, my Tigers face off against Dook. Yeah, that's how I spell it. ESPN and the ACC want you to think this is a great matchup, but you and I know Dook is horrible at football. It's not my fault they are a basketball school, pretending to know football.

Honestly, if Coach K were calling the plays, they might put up some points. I walked around their campus this week shooting my video, and I noticed some things:

1. At age 19, their girls all look like soccer moms
2. Coach K dyes his hair
3. The town of Durham looks like the backdrop for 8 Mile
4. Lots of girls in Yoga pants

Watch the game this weekend to see the epic offense of Clemson. Boyd, Watkins, Hopkins, Ford, Ellington. If we take Boyd out of the game, no worries, Cole Stoudt is the best backup QB in the world.

Seriously, watch the video he linked. It's only, like, three minutes, but it's somehow enough time to comprehensively take down Duke's stadium, team, and student body.

14) Stanford
15) Mississippi State: That's seriously the last time I trust an 7-0 team to compete in a game where they're 20+ point underdogs.

16) Texas A&M: Wish they'd stayed on the national title radar longer, because they coulda been dangerous and, more importantly, watchable.

17) USC: Sure, you lost to RichRod and super cemented a season that can only -- with your lofty pre-season standards -- be described as 'abject failure', but the good news is WR Marquise Lee finished the Arizona game with 16 catches for 345 yards, demolishing the Pac 12 record.

Michigan: This mgoblog line on Denard was written before the injury sadness at Nebraska, but, as always with Brian Cook, it's just as profound now as it was then.

Denard is a shoddy grenade factory—something explosive is happening, but you don't know to whom.

The maize and blue got the debris this week.

Missouri: You made t-shirts after beating Kentucky. The Wildcats are 1-8 with no conference wins; their only victory is over Kent State. Mizzou, this is a five-year setback (minimum) in terms of program respect. There's definitely something funny about "Caged The Cats", though. 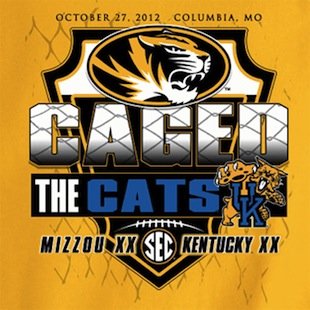 Oh, I know -- it's because Missouri's mascot is the Tigers. You're also cats, idiots!

Colorado: But even Missouri is cheered up by this. 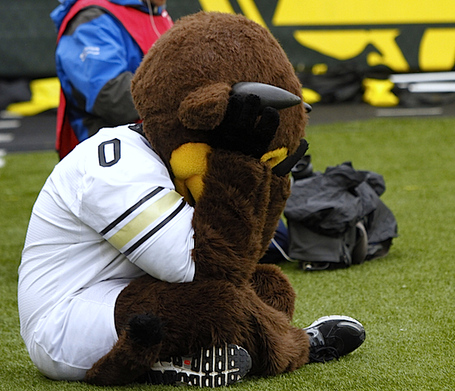 Maryland: But even Colorado is cheered up by this: Maryland -- sweet, sweet Maryland -- is turning to a freshman LB to play quarterback due to massive, massive injuries at the position. 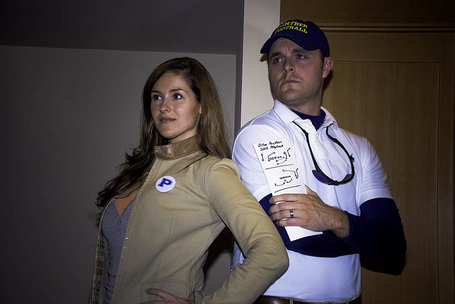 Oklahoma (12) at Iowa State: Everything I felt about the Sooners last week is opposite for this week. Hook 'em, Clones!

Pittsburgh at Notre Dame (3): I'm more used to that No. 3 next to ND than I was at the top of this thing. So, any guesses on Pitt's BCS win total? That is, wins over BCS teams? That'd be two. One was Temple, the other? Virginia Tech (who was No. 13 at the time), haha. 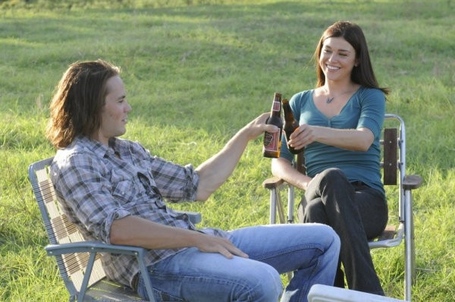 Nebraska (20) at Michigan State: I actually really love this game (Big Ten Everything aside). Nebraska is so under-the-radar nationally, but they are mega-fun to watch, and MSU's defense should be a good test for the Huskers' prolific O. Plus MSU's O has taken baby steps these last few weeks. *And*, if the Spartans win, it helps Michigan regain the Big Ten West lead. if they lose? Haha, they lost.

Oregon (4) at USC (17): Game of the Week -- screw that SEC crap. To paraphrase every SEC fan ever, "YOU 'AD YUR CHAY-UHNCE." As in, LSU-'Bama had their chance to not put on a craptastic shit game in last year's national title. That, uh, didn't happen. This is Oregon's first (of possibly two) USC tests. We need the Trojans not to screw up everything here (read: winning this game is a no-no).

Alabama (1) at LSU (5): On paper, the real game of the week, but, well, you know. We obviously need LSU to win, but it's so hard to see it happening. Thing is, their offense sucks against *average* defenses. The only thing you can argue -- and this sounds crazy, but it might not be -- is that LSU's offense is so clanky and sputter-y and inconsistent, that it's not like Alabama's all-world D can really take it out of its rhythm, you know? Junky be junky. And remember, the Tigers actually were the last team to take out the Tide. The blueprint? Suffocating defense, conservative offense, and just a little bit of luck. Before anyone gets excited, just like last week, it's important to remember the spread is LSU -9. That's right: the Tigers are getting nine points *at home*. And it says so much more about Alabama than it does about the Tigers. Man.

Oklahoma State (24) at Kansas State (2): This game does not concern me at all; Kansas State, do you.

As for our Heisman contender, Collin Klein, Paige sent in this article from CBS Sports that's got more than a few good gems about Manhattan's QB1.

"It's funny, something that comes to my head is a quote by General Patton," Klein said this week. "'You don't win wars dying for your country.'"

His 37 rushing touchdowns since 2011 are more than any other quarterback.

Only four quarterbacks from BCS conferences have ever rushed for 20 touchdowns and thrown for 10 in a season -- Cam Newton, Eric Crouch, Tim Tebow and Klein. Only Klein hasn't won the Heisman.

Cute/depressing story that makes you realize he's way more religious than you'll ever be:

That's an obvious similarity to Tebow. There is another big one. Klein's faith is out front... In a Kansas State-produced story that appeared in a game program, Klein said he was told by the Lord he would marry K-State women's basketball player Shalin Spani. The daughter of former KSU football great Gary Spani said she heard "a voice in my head" independently that told her she would marry Klein.

They became engaged before they formally had a first date. That first kiss came on the altar July 21, fulfilling a promise Klein made to himself at age 14. His first kiss would not come until then.

"Yes," Spani was quoted saying about their courtship, "it's unusual."

Really, it's got it all.

Arizona State at Oregon State (11): Well, seeing this was sad. Beavs, try and get back into the Top 10 before you play Oregon, eh? 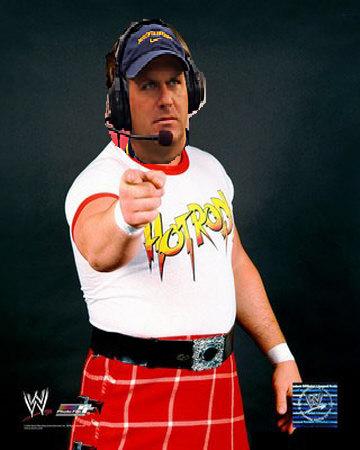 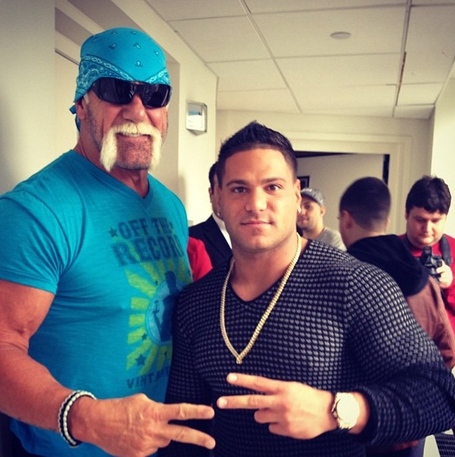 This is definitely a bit of a comedown week, so if you only have time for two games, make it that Oregon/SEC combo platter. If you can't remember that, remember this: at 7:00 p.m. (CST), get your toggle on between FOX and CBS.