Share All sharing options for: Favoritism In The 2012 Australian Open Men's Semis

Because of the immense time zone differences, it's probably safe to assume not a lot of you are watching the 2012 Australian Open.

So what better way to dissect this great event than break down the men's final four and give you a rooting interest in an event you'll probably never see a second of?

Why root against? Left-handed. Called out Roger Federer -- maybe justifiably -- but then apologized almost immediately. If you come at the king, you best not miss. And if you have good reasons, like you think you do, stick by them.

When reached for comment on the whole situation, Federer said, "It ain't safe in the city, watch the throne." *

Why root for? I asked my friend Tracy, one of the only Nadal fans I know, to make a case for him. She said: "He tries so hard, isn't naturally gifted like Fed, he doesn't give up on any play, [and] plays through the pain without blaming his mistakes on it."

And? "His superstitions are amazing."

Incredibly true. That guy is a maniac on the court. And I'm talking about both his forehand and odd treatment of water bottles.

Why root against? I don't know, he's pretty cool. Do you hate 1-seeds? I guess that's a thing.

Why root for? Called out Jim Courier, re: nose breathing. He's been playing sick. MJ of a new generation? 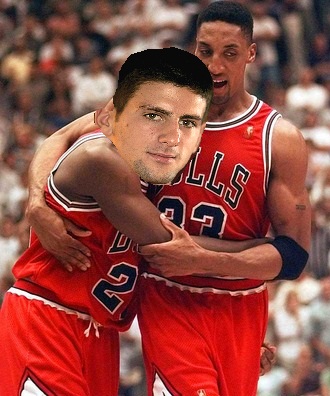 Why root for? He's lame. Kinda lovable. Never been there before.

Why root against? I think I'm just going to post the same thing I said about him before last year's Wimbledon every time he's in a final four until he wins a grand slam.

Rooting for Andy Murray is like rooting for the Chicago Cubs. It's nice and fun and it won't upset fans of other parties, but it ultimately results in sorrow. Murray has the "always the bridesmaid, never the bride" thing going, as he's appeared in the semi-finals of all four grand slams without ever actually winning any of them. He's 0-3 in grand slam finals.

Why root for? He is unarguably the greatest tennis player of all-time. And he made it look like 2005 in the quarterfinals. Fed looks supremely locked in. I thought he was going to be arrested for murdering Juan Martin del Potro on the court.

Even better? Nadal, who's been less than perfect in this tournament, stumbled early in his quarterfinals match -- dropping the first set -- before regaining form and blazing through the next three sets en route to the semis. In the match, it really looked like Nadal turned a corner (injury concerns not withstanding) with his overall strategy, tactics and execution. He'll be ready.

Bottom line: the Nadal-Fed match in the semis could very well be one of the best tennis matches of the year. I'd say enjoy it, but it's on at 2:30 a.m. (CST) Thursday. So watch a SportsCenter highlight for me, eh? Me, I'll be in paradise.

Why root against? There are no reasons.

Bobby Loesch is the assistant editor of Tremendous Upside Potential and a weekly contributor to SBN Chicago. He can be reached at bobbyloesch [at] gmail.com. Follow him on Twitter @bobbystompy.