There Is A God: Recapping The Notre Dame Vs. Michigan State Game

Notre Dame finally won and Z.W. Martin gives you a recap of their victory over the Michigan State Spartans.

Share All sharing options for: There Is A God: Recapping The Notre Dame Vs. Michigan State Game

I wasn't going to go out for the Notre Dame Fighting Irish vs. Michigan State Spartans game. After what happened over the previous two weeks, it just didn't seem worth it. I thought it best to watch the game from my couch. If the Irish lost, at least I could be angry/sad alone and not embarrass myself, like someone I know. 0-3 would just be too much to take publicly. "I really shouldn't be around people," is what I told myself.

Also, -- just as importantly -- I went to the Cubs game the day before and had to attend a going away party that night for my roommate (we'll miss you Mark), so, to say the least, I was rather hungover. Sports depression and a hangover, need I say more?

This would be my second game watching Notre Dame football at Irish Oak on Clark. The first, did not go so hot. Per usual, the Irish started off well, scoring on their first drive, capped off by a Cierre Wood 22-yard scamper. Cheer and joy. Then Notre Dame did the other thing they do at a higher rate than ANY OTHER TEAM IN THE COUNTRY. They turned the ball over... twice. Thus, making it 12 turnovers in nine quarters. Read that over again. 12 TURNOVERS IN NINE QUARTERS.

MSU took advantage of the second turnover -- a Tommy Rees pick -- with a 40-yard field goal, making the score 7-3. The momentum and early Irish lead looked like both would soon be shifting in Sparty's favor. Then George Atkinson III did this:

Life was good again. Briefly. Kirk Cousins put together a methodical 80-yard TD drive and, again, the game seemed to be back on a critical tilting point, sitting at 14-10.

The last two weeks those tilts kept going the other way and, for a second, it seemed it would again, as MSU forced a three-and-out. But then something magical happened. The Irish put together a 10 play, 92-yard TD drive -- somehow, not turning the ball over! -- and from there, the game was over. The Spartans never got back into the game and ND cruised to a 31-13 victory.

During the second half (that didn't really matter), the manager of Irish Oak invited me to attend a 100-person tailgate for the USC game in South Bend. We drank two fishbowls, enjoyed Irish nachos and I met a really pretty and -- despite her affections for Iowa, the Packers and White Sox -- cool girl. Ohio State also lost.

It was a good day.

-The Irish finally ran the ball, like, a lot. (26 passing to 32 rushing attepts)

-The Where's Waldo approach to Michael Floyd that MSU installed worked, I guess (6 reception and 84-yards). However, what Notre Dame didn't get out of Floyd they got out of their running game. Which I'm okay with.

-Jonas Gray is turning into a seriously good back (12 carries for 64-yards). It's time to move on from that fumble against USF, I think.

Really cool and fun emoticon of how I felt after this game and shit... 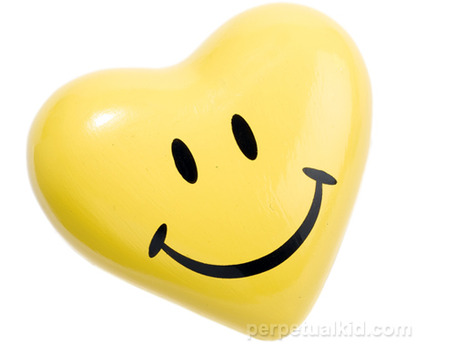