A Day After The Fourth, The Most American Sports Picture Ever Has Been Located

Share All sharing options for: A Day After The Fourth, The Most American Sports Picture Ever Has Been Located

The Fourth of July came and went, and in its wake we're left with only a mess of exploded fireworks lining the streets, a reinvigorated sense of patriotism and maybe a vague hangover. If there's one bad thing about a three-day weekend, though, it's that it isn't a four-day weekend. If your brain is only working at half-speed today at your cubicle, SB Nation Chicago understands and sympathizes. Because every last one of us still wishes today was yesterday, we can't let the Fourth pass without first spreading some barely late holiday cheer here.

After the jump, the single most American sports picture the Internet has to offer. 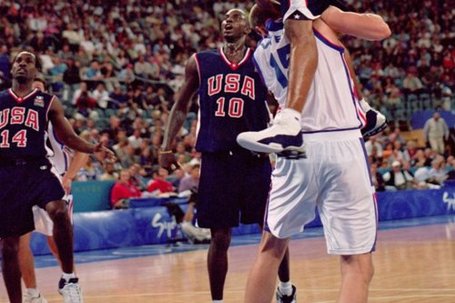 A tip of the cap to Got 'Em Coach, because this will forever and ever be among my favorite dunks. Here's the video, as if Vince Carter's finest moment isn't already permanently embedded in your brain.

Speaking of AMERICUH, I can't leave my soapbox for the day without first giving a shout-out to a few local hoodrats I came across yesterday. Best dressed peeps in Chi-town. 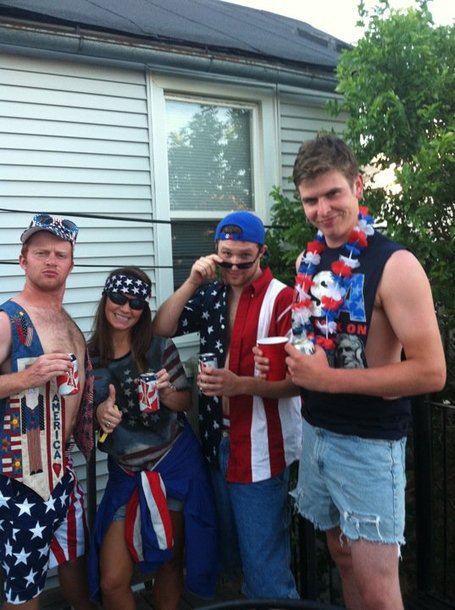 And yes, the bro on the left openly admitted he spent $77 on those shorts.