In "adding insult to injury" news, it has been reported that Kristin Cavallari posed for Life & Style magazine in her wedding dress just two days before Chicago Bears quarterback Jay Cutler broke up with her. Pictures following the jump. 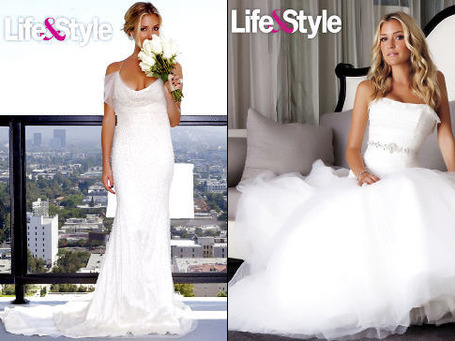 "I want a romantic, mystical wedding, with lots of flowers," she told the magazine during the shoot at L.A.'s Mondrian Hotel on July 21.

Culter, on the other hand, did not. However, until now, we did not know why. Cutler, apparently, dropped the reality star because she would not give up her career in "entertainment." Frowny face.