Z.W. Martin recaps the Notre Dame vs. USC game from this past weekend in his weekly feature. WARNING: Things get Emo. Also, Song Girls!

There's something different about USC. It may be the eight straight losses to the Trojans during the majority of my post-adeolescent to adult life from 2002 to 2009. It could be Pete Carroll's wide grin after each agonizing and expected loss during that jovial/depressing reign. USC is the team that the Irish must compare themselves to. The team that assures the perpetual rebuilding process is over. Last year's victory over the Trojans was a decoy. A lie. Nothing has changed. Notre Dame is still Bob Davie. Is still Tyrone Willingham. Is still Charlie Weis. Is still under construction. 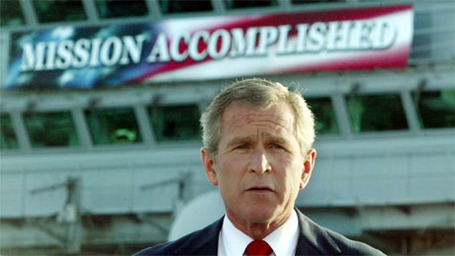 If there's one thing Irish fans -- me included -- do, it's talk about the past. About the eleven to 13 (depends who you ask) national championships. The seven Heisman winners. The 96 All-Americans. But none of that matters now. The Irish are a national punchline. Something we talk about because we're supposed to. They are not must see. They are not what my father always told me. I was three in 1988. Everything I know is failure. Is so close. A turnover here. A push there. It is all the same. Everything is shoddy. Faulty. Defective.

More than a few years ago, well before Nick Saban took over at Alabama and made them Alabama, I made a little aside asking "Why do Alabama fans think they should be good?" This was during an era when the Tide were doing things like going 4-9, 3-8, 7-5 and 6-6. They also had coaches like Mike Shula and Dennis Franchione. I didn't understand Bama. Their cockiness. Their decided need to be great. I just thought "Hey, Alabama. They had that guy with the hat!"

But now I get it. That suffocating feeling when results do not realize expectations. I understand those Alabama fans now. But I do not share their same ambition and pride. I am becoming resigned to Notre Dame's fate. Hope is all there is -- was. Notre Dame is running on empty. Dread. Terror. Darkness. That is what I see and, now, know.

With eight of the top 100 2012 recruits in attendance and 20 more from the 2013 class manning the sidelines, the Irish had a shot to make a huge leap back to prominence. To change their meandering through the sludge. Instead, they faltered. They took an opportunity and fumbled it away to the tune of 99 yards and a 31-17 defeat.

The Irish are on the verge. Over and over again. Losing to USC on Saturday may have put an end to that. Maybe now we can just accept what they are instead: mediocre. Mission Accomplished.

No stats or notes. Still recovering from this loss. How about this, instead: 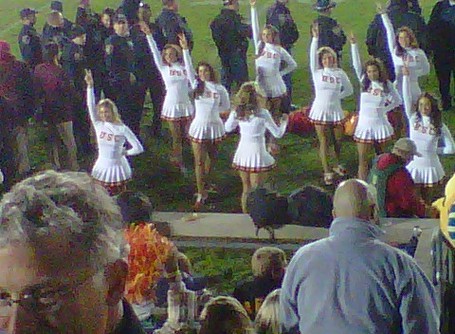