Sports blogging rarely has its perks, but I was fortunate enough to score a media invite to Derrick Rose's public appearance at Foot Locker on State Street Saturday afternoon. Rose was there to introduce his new shoe, the 'adizero Rose 2', and meet with a gaggle of local fans anxious to get a picture or autograph from Chicago's favorite son.

In case you feared the current lockout would derail some of the momentum Rose and the Bulls built up last season, those concerns were squashed immediately. Some fans reportedly waited in line overnight for Rose, and it didn't take long for an "M-V-P" chant to break out shortly after he entered the building. 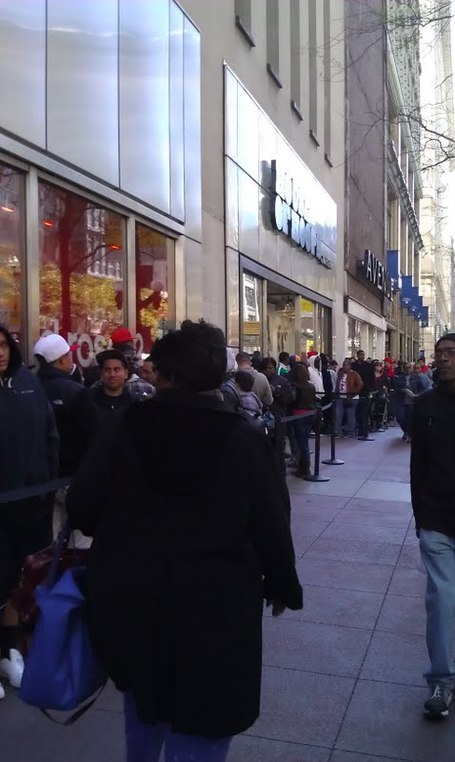 There were a couple different media Q&A sessions prior to the meet-and-greet with fans. I was grouped with local print/Web guys. For me personally, as a human being with a journalism degree and an aspiring (read: fake) writer and reporter, I was *almost* as enthused to hang with rest of the local media at the event as I was to meet D. Rose. OK, maybe that isn't totally accurate, but I still enjoyed chatting with the dudes who do what I want to do. The Tribune's KC Johnson, ESPN Chicago's Jon Greenberg and Comcast's Aggrey Sam were each in the house, and really couldn't have been cooler.

We were told we had 6-7 minutes to ask questions to Rose, but it seemed about twice as long. We were briefed before hand not to ask anything about the lockout, but it took all of about four minutes before the pros segued from shoe questions to the stuff supposedly off limits. To his credit, Rose answered the questions poignantly and self-assuredly. Considering I had a notebook and everyone else was working with recorders, I'll defer to Johnson's story in the Trib to get Rose's exact wording.

"Everybody knows it's not our fault," Rose said, naturally taking the side of his fellow players. "If it was up to us, we'd be out there playing. I think that it's wrong. I know (the owners) can easily take care of it and not take advantage of people. I guess that's how people are.

Rose also said "everyone needs to stop being greedy" and that the lockout hurt guys from his draft class the most (he name dropped Russell Westbrook and Kevin Love), presumably because they are in the last year of their rookie contracts. 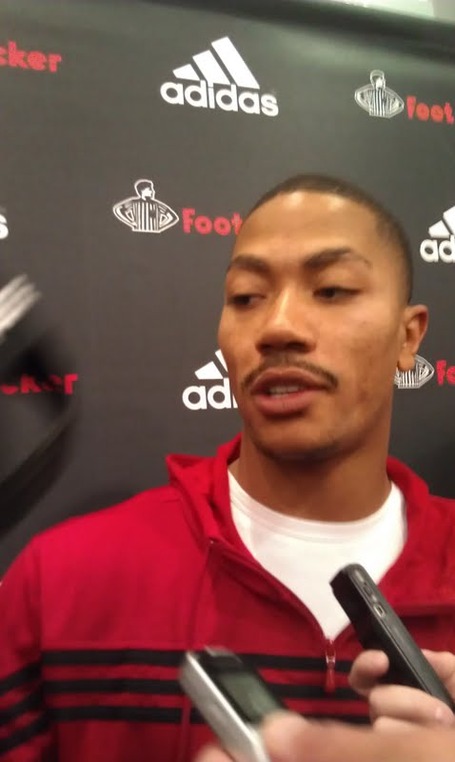 I asked Rose what he's been working on this off-season. A year ago, he was working out in California with Love and Westbrook and came back with a much improved three-point stroke. Though Rose's efficiency on those 3's dropped off as the season progressed, remember that he made just 32 three-pointers in his first two seasons combined before connecting on 128 last year.

So what's been D. Rose's point of emphasis this summer? "My post game," he said, as the media nodded in both approval and surprise. Rose also noted that he's been working on his basketball IQ (seems like a hard thing to improve in the off-season, no?) and his strength.

I also asked Rose if being a prominent member of Team USA at the 2012 Olympics was a priority for him, pointing out that it seems like a right of passage for NBA superstars ever since the original Dream Team. Rose, maybe predictably, took the humble route: despite likely being the face of the team with Kevin Durant, Rose said he'd love to be on the team even as a water boy, and said it's all up to Coach K. 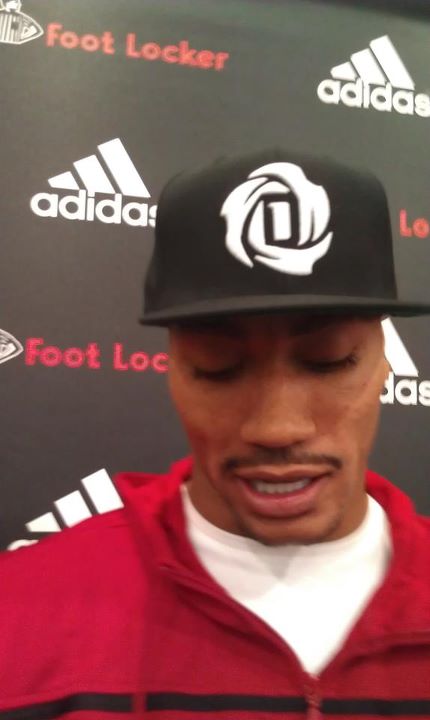 Most of the early questions focused on his new signature shoe. Rose showed it off to us and said he'll be playing in it if and when there's a season. The shoe is low-cut, which he said was important to him so kids could wear it both casually and when playing ball. Someone asked if Rose owned any of the signature shoes attached to the NBA stars of his youth when growing up in Englewood. He said those were out of his price range, and that he had "L.A. Gear's, the ones with lights on the side". As a fellow child of the '90s, that brought a smile to my face.

Rose's new shoe is pretty cool, enough to make me slightly jealous when other media members said they were sent a free pair. Rose pulled out the sole which listed most of the NBA's top title contenders (Miami, Boston, Los Angeles, Oklahoma City) followed by a colon and the phrase "all flights canceled". In the middle, there's a big font Chicago: Cleared For Takeoff. Yo, NBA, please come back real soon.

Rose also showed off his new logo. It reminded me somewhat of Google Chrome.

All of "Team D. Rose" was also in the house, wearing matching red and gray jumpsuits. That troupe is of course captained by Reggie Rose, Derrick's older brother and seemingly the most prominent father figure in his life. I asked Reggie why Derrick hasn't played in any street ball games this off-season like Kevin Durant and plenty of other star players. He said he never let Derrick play in street games as he was coming up, and that's something that has stuck with him to this day. Reggie said the chance of injury is just too great. 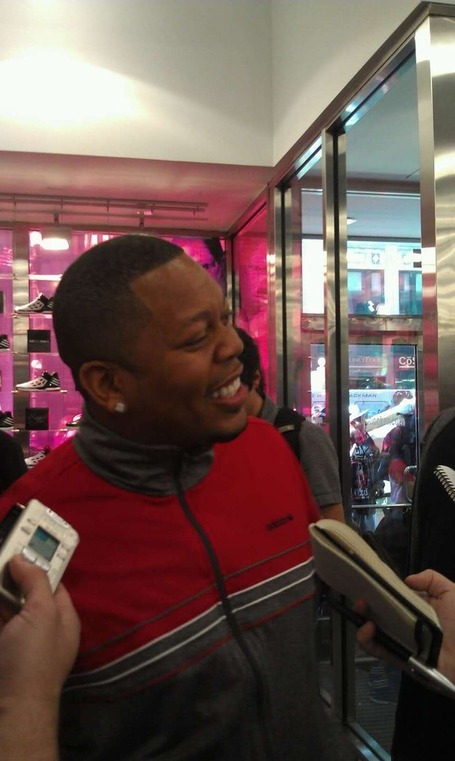 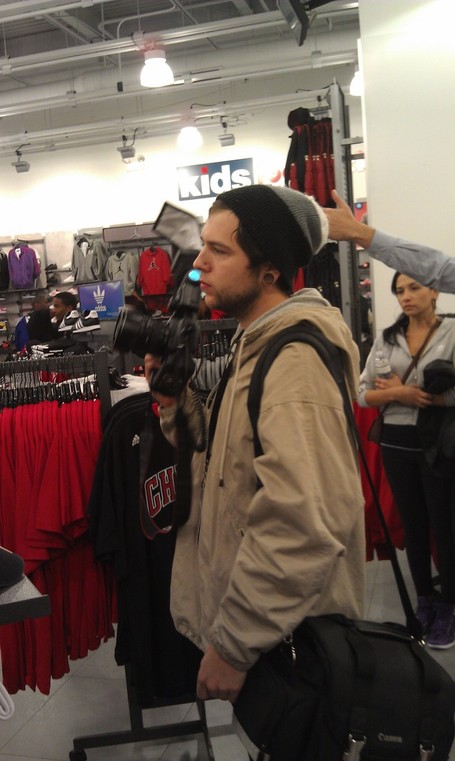